Bishop Margaret Wanjiru Reacts After Being Defeated By Edwin Sifuna

Kenyan bishop Margaret Wanjiru has called upon kenyans to make sure they keep calm Amid the ongoing Presidential Vote Counting Process that is currently taking place in different parts of the country. 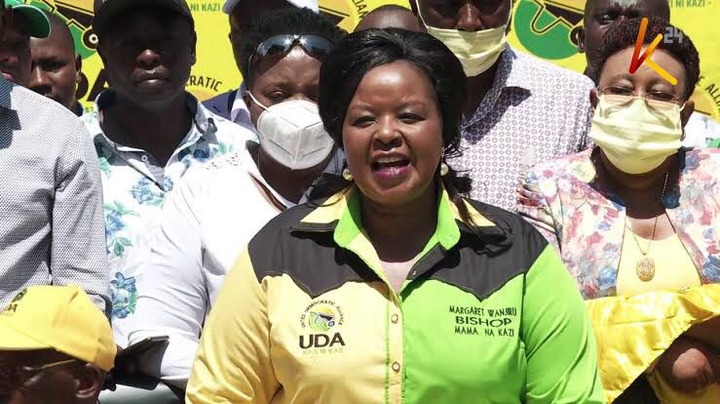 According to the reports given by the renowned Bishop , she claimed that she was okay with the fact that renowned Orange Democratic Movement party member Edwin Sifuna had defeated her in the race of becoming Nairobi Senator.

In her own words, the renowned Bishop has called upon kenyans to make sure they stay peaceful claiming that this was the right thing to do in order to maintain peace and unity all over the country.

This is happening at the same time when a number of politicians who are allied to the deputy president of Kenya have called upon the supporters of Ruto to make sure they calm claiming that Ruto might end up beating the former prime Minister of Kenya and Orange Democratic Movement party leader, honorable Raila Odinga.

However, according to the reports given by the IEBC Chairman Wafula Chebukati, he called upon kenyans to make sure they stay vigilant claiming that he was going to announce the results on time.

While reacting to her remarks, kenyans who took to their different social media accounts to express their opinions and suggestions on the matter have called upon other politicians to make sure they follow the right step of conceding defeat.

According to the reports given by most Kenyans, they claimed that this was the right thing to do in order to reduce the increasing number of fake news which is currently being shared largely on different social media platforms all over the country. 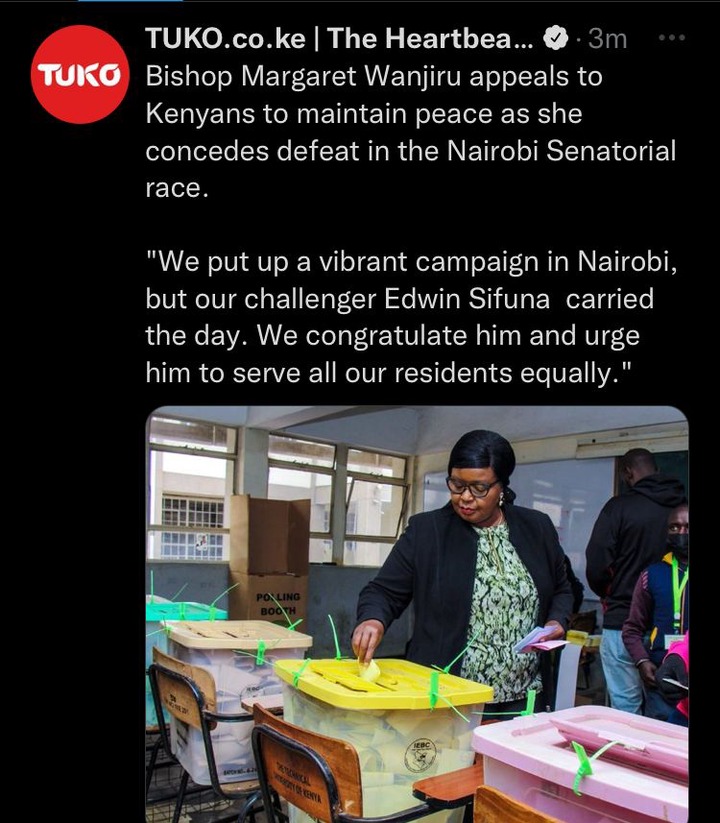