Drama was today witnessed in Karatina in Nyeri after a group of residents Heckled the former prime Minister of Kenya and Orange Democratic Movement party leader, honorable Raila Odinga who decided to greet them after attending a funeral in one of the villages in the region. In a news report that has been shared by a reliable source of information, the former prime Minister of Kenya and Orange Democratic Movement party leader along with his colleagues could be seen greeting residents who instead of welcoming them, Heckled them forcing the to leave from the region.

At the same time, the former prime Minister of Kenya and Orange Democratic Movement party leader, honorable Raila Odinga has called out the deputy president of Kenya claiming that he should stop using public money to lure them stating that it was so wrong for him to do this.

While reacting to this incident, kenyans who took to their different social media accounts to express their opinions and suggestions on the matter have called upon their fellow Kenyans to stay away from this kind of things claiming that it was not necessary for them to do this.

According to the reports given by most Kenyans, they claimed that it was so unfortunate that most Kenyans would attend a meeting of a certain politician only for them to heckle them instead of staying at home or rather doing their job and at the same time, staying away from the meeting. 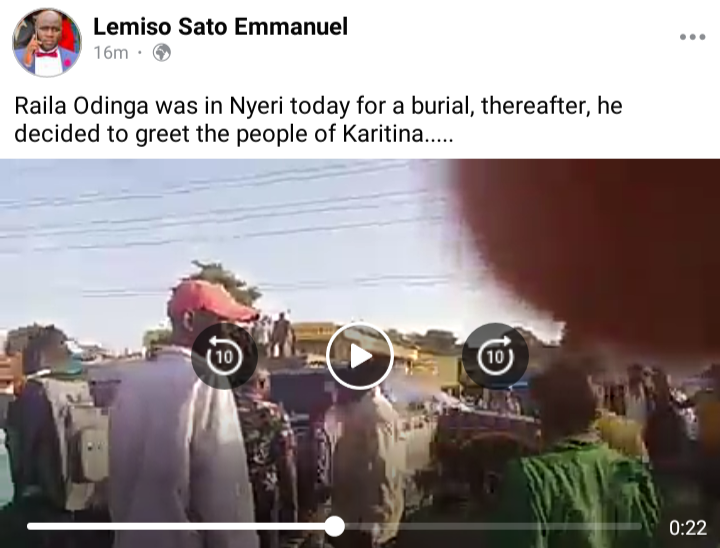 Powerful Mp In Trouble After Receive Ksh.15 million To Decamp And Join Another Party

"He Can Fight, Mobilize, And Insults Uhuru" Ngunjiri Speaks About Rigathi's Appointment