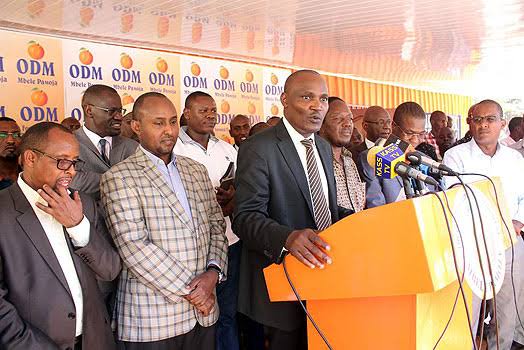 Through a notice issued on Monday evening, the party noted that they had rectified on a dispute that had arisen following their recently conducted nominations which had seen the aggrieved turn to PPDT for their action.

Among the affected areas was Westlands Constituency where the politician who had been given the ticket Mr Gumo had turned to the PPDT after the incumbent Member of Parliament Honourable Tim Wanyonyi was issued with the certificate after failing to clinch the Nairobi gubernatorial ticket. 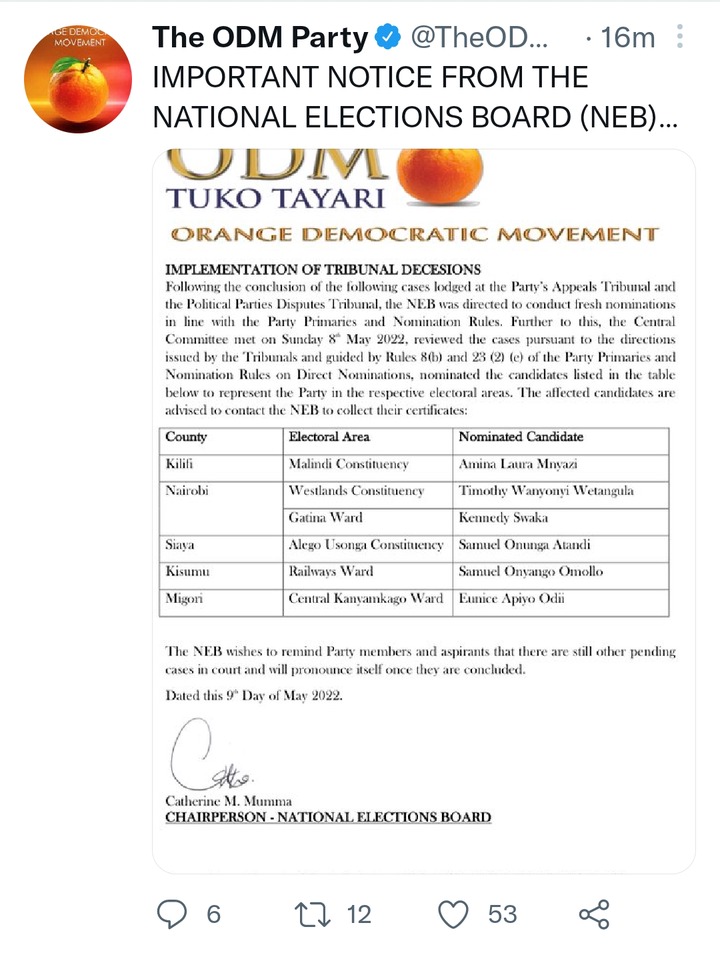 Speaking to reporters at the Serena restaurant in Nairobi, ODM election director Junet Mohamed said the move to have Tim Wanyonyi go for the seat was reached following an agreement between Wanyonyi and Gumo.

"The two have agreed on this issue. Now Mr. Tim Wanyonyi will fly the ODM flag in the Westlands constituency. The agreement is for the benefit of our party as it will enable us to retain the seat, ”Mr Mohamed added.

For his part, Mr Gumo said he had decided to withdraw from the race voluntarily without being coerced by anyone.

"I believe that this move is prudent and will enable our alliance with the Declaration and our ODM party. Therefore, our opponents should know that Westlands is still an ODM stronghold, ”he said.

Below is the full list of leaders nominated by Raila Odinga's Orange Democratic Movement ODM party. 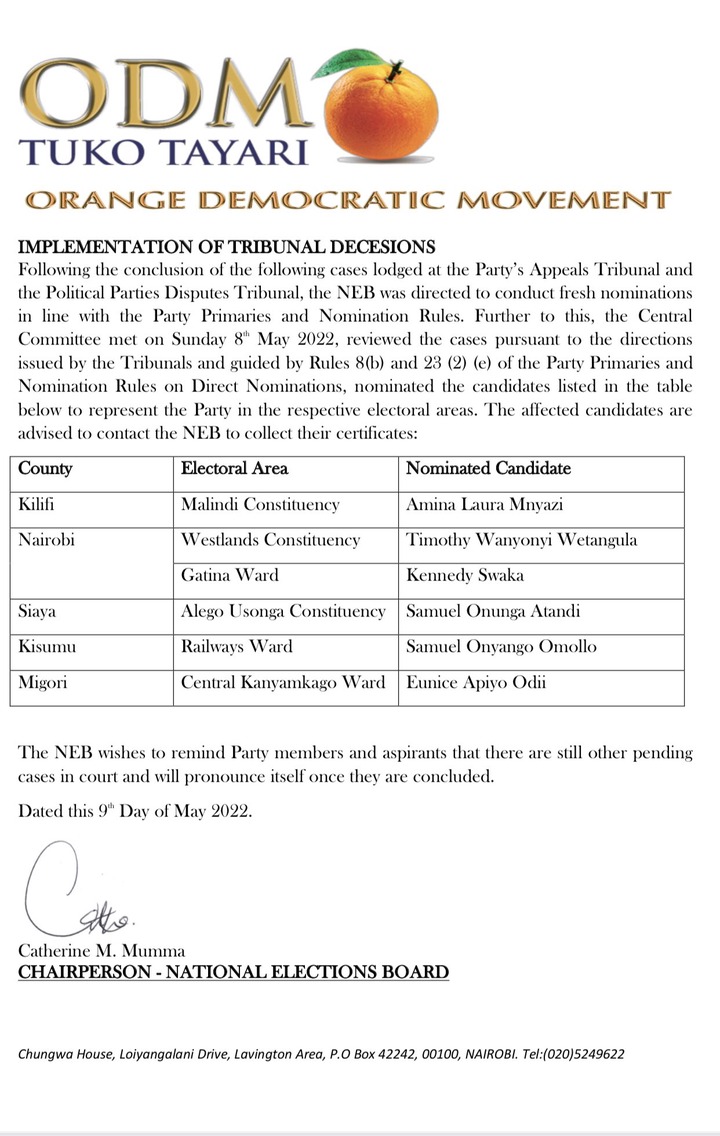