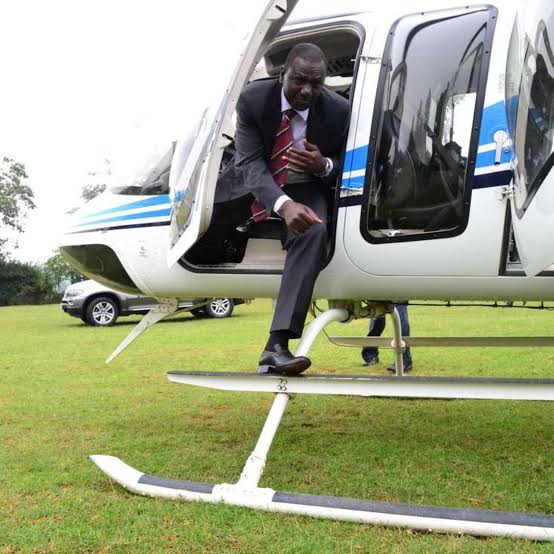 Details have finally leaked on the source of some of the campaign materials being used by DP William Ruto in his bid to become the next President.

Ruto has rolled out a well oiled campaign, which has at times seen him and his allies separately use choppers to tour different regions at the same time.

A close ally of his has revealed that he indeed has enough choppers for himself and his allies, as he seeks to access every part of the country.

But the ally, Nandi Senator Samson Cherargei, has revealed that not all of them are owned or leased by the DP as some have been donated by his friends.

"The choppers are there but I can’t tell you about the number because some are being donated by Kenyans of goodwill,” he told Sunday Nation. 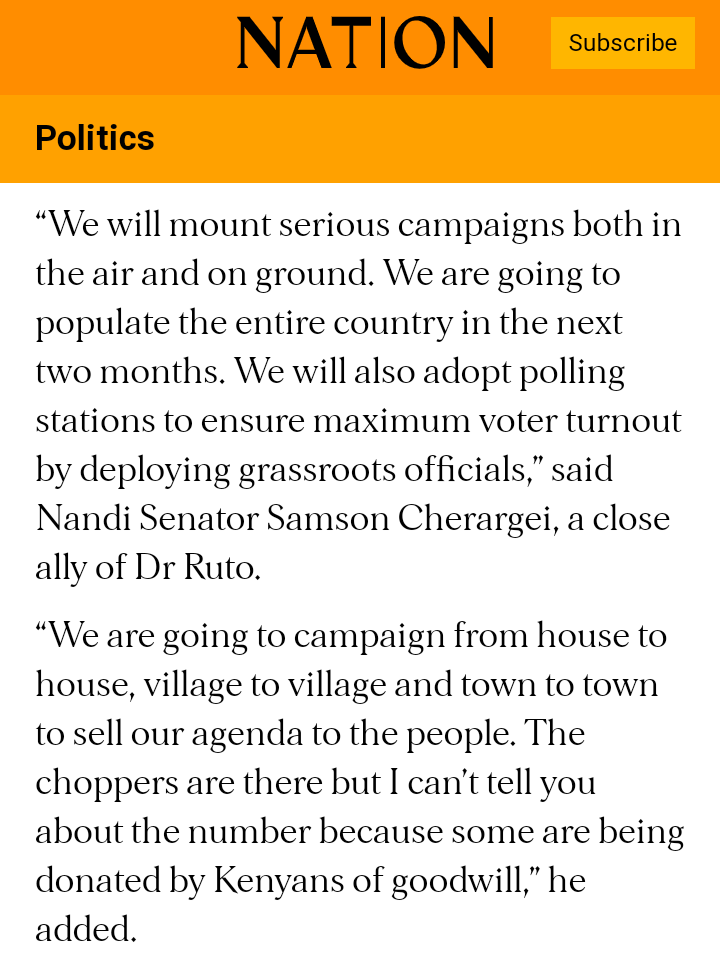 He says that other campaign materials are also available, suggesting that Ruto also has enough vehicles for the job lying ahead.

The Senator has revealed that as a result, Ruto should be expected to put up a strong battle for the presidential vote, both on ground and in the air.

"We will mount serious campaigns both in the air and on ground. We are going to populate the entire country in the next two months," he is quoted.

The lawmaker has further said that as Ruto's allies, they will adopt polling stations to ensure that everybody comes out to vote for Ruto on August 9.

Ruto and his main opponent Raila Odinga, as well as the remaining candidates, have about two months to convince Kenyans to elect them.