"They Should Resign Before To Avoid Ills Being Exposed" Ruto's Ally Alleges, Advices 4 Commissioners

The commander-in-chief has made a public comment about the Cherera 4 today by establishing a tribunal to investigate allegations of electoral fraud and constitutional crimes. 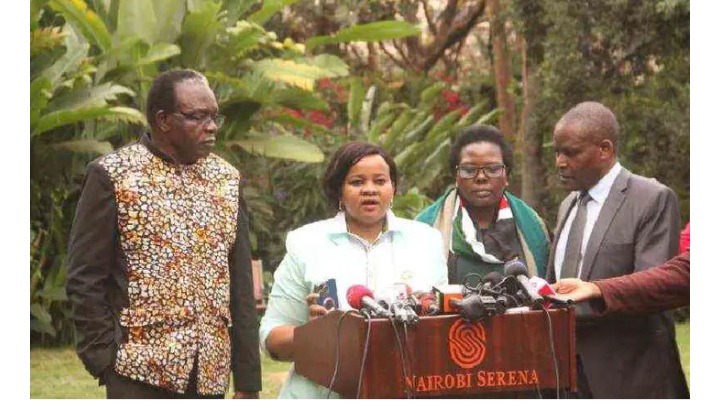 According to Nandi senator Samson Cherargei, however, the four IEBC commissioners have been warned to retire before the public learns the truth about what happened. He stated on his Twitter account that the first in command had appointed the tribunal to investigate Cherera four for the breach of the constitution and electoral violations. 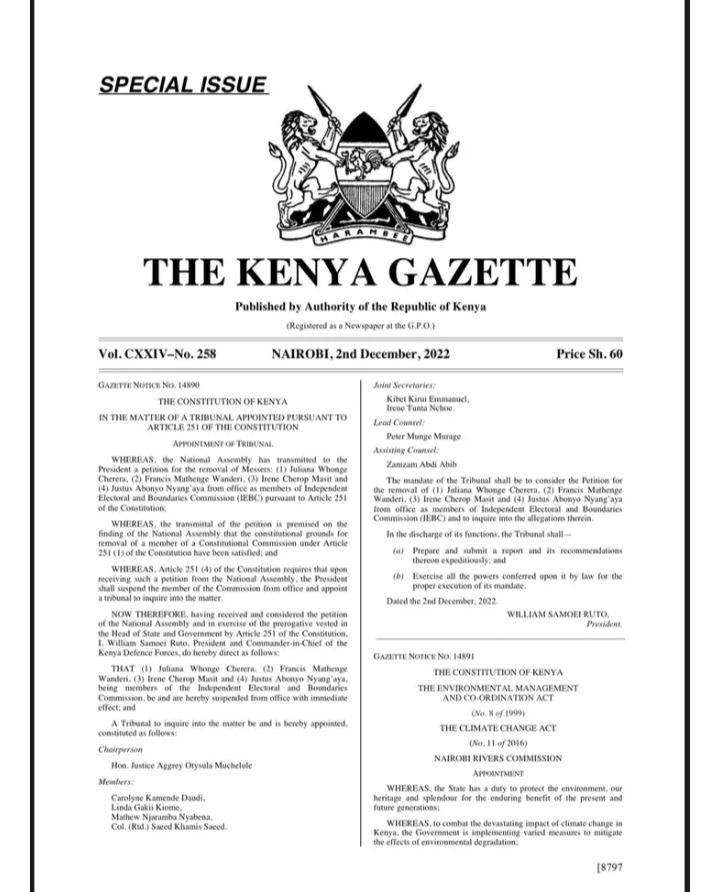 He went on to say that they are guilty of intending to throw the country into anarchy and that if they were truly sensible, they would have resigned to prevent the exposure of issues that have not yet been exposed to the public. This comes after the parliament suspended the four IEBC commissioners and forwarded the matter to the first in command; however, the first in command has suspended them until today and has formed a tribunal to hear their case for further directions. 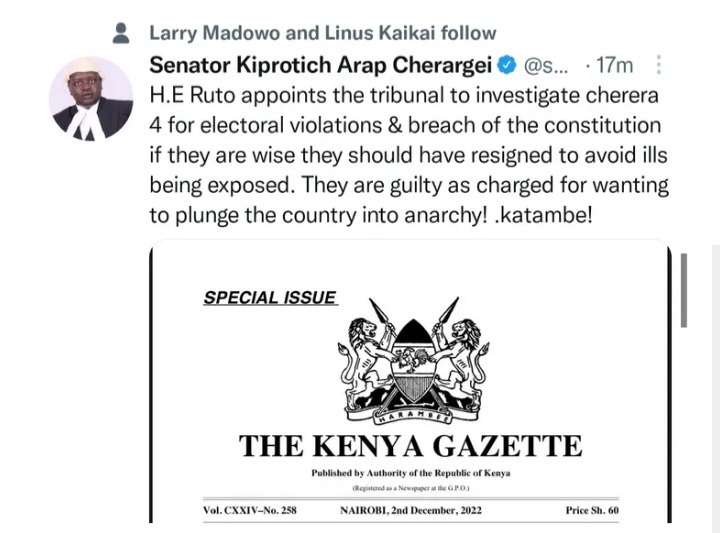