Few moments after the deputy president William Ruto was Heckled in his meeting in Laikipia County, there have been alot of statements from Ruto's supporters telling off those who heckled the deputy president. This forced the second in command to ask the hecklers to leave his meeting saying that they should have their own and stop with his meeting. Taking to his official facebook platform, self Declared Hustler Nation director of intelligence and blogger Dennis itumbi has issued a statement on Ruto's heckling. 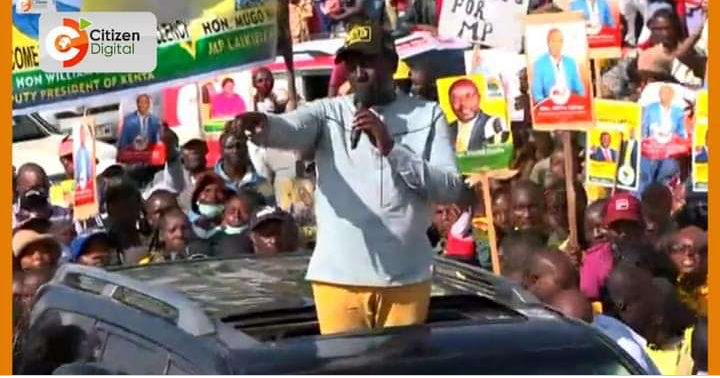 The blogger has revealed that the deputy president was heckled by supporters of Former Mungiki Leader Maina Njenga who were asking for an opportunity to address the meeting of the deputy president. In his facebook account, he has issued the following statement, "Dp Ruto tells off Maina Njenga for storming his meetings and demanding to speak. Maina Njenga is a Raila Odinga ally. Hustler Nation has no time for movements founded on the ideology of violence. The blogger published in his official Facebook account.

ODM Reacts to DP Ruto Letter to The ICC, Tells Raila What he Should do Going Forward