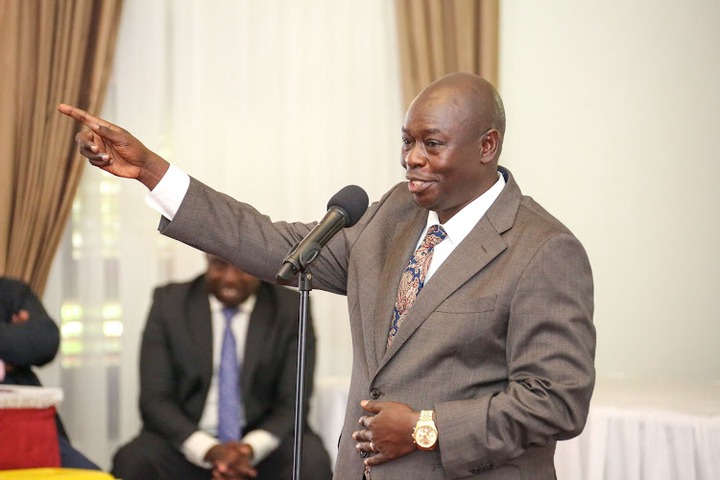 Deputy President Rigathi Gachagua has revealed his new relationship with former Kieni MP Kanini Kega, whom he says had made him a punching bag.

Gachagua says that Kega repeatedly insulted him during the campaign period, but he is repaying him by fighting for him and helping him succeed.

He claims that he is the man behind Kega's election to EALA on Thursday, alleging that he rallied Mt Kenya leaders behind the youthful politician.

The DP notes that he is repaying Kega's insults during ODM leader Raila Odinga with goodness, as such is the Kenya Kenyans need.

"I spoke to the leaders from the mountain, I told them this Kanini Kega was insulting me and President William Ruto (but) they should vote for him. Did they or did they not vote for him? That's the new Kenya we want," he said on Friday, according to The Star. 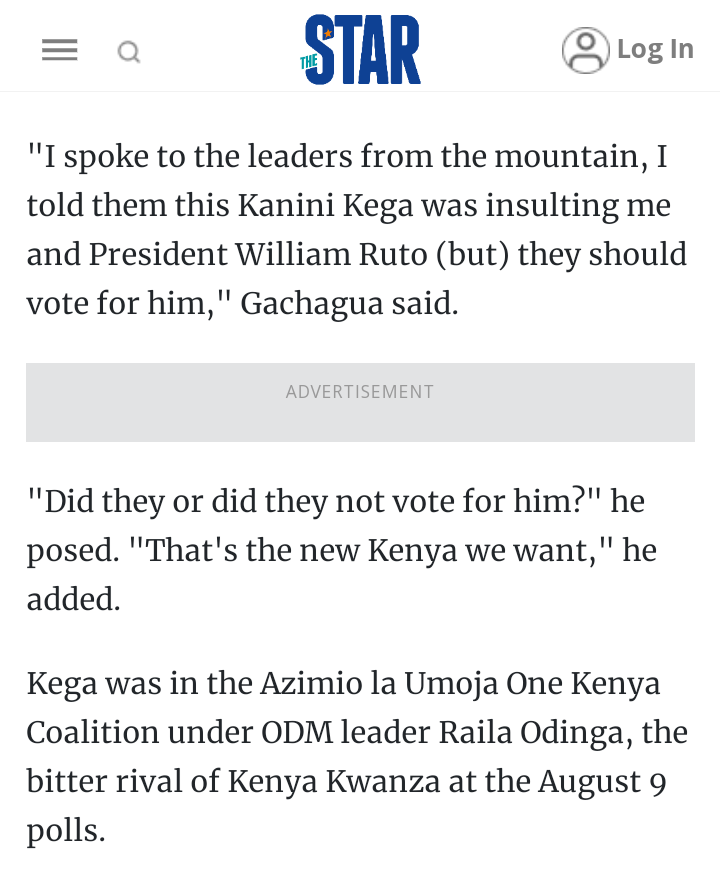 He made the remarks in Chuka. He was refering to the fact that Kega was with their main rival Raila, who was facing off with himself (Gachagua) and President William Ruto, then the Kenya Kwanza candidate.

Kega was among the candidates whose names had been presented by the opposition's Azimio La Umoja coalition.

Gachagua revealed that his next plan is to ensure that Kega abandons Raila and joins Ruto, even as he maintained that it is now time to work.

"We don't want to focus on bygones, and especially the mountain, don't you want us to unite it?" he said.