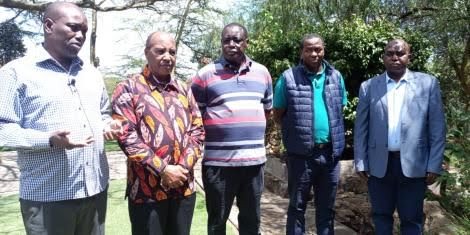 Mt Kenya politics has taken a new twist after four popular governors who have been supporting the Orange Democratic Movement leader Raila Amolo Odinga declared a new political stand. This has signaled a looming mass exit from the ruling Jubilee Party. These governors have said that they are currently working on a coalition adding that they will join hands with the like-minded political parties as the General Election draws closer.

This comes after the National Assembly Majority Leader Amos Kimunya who is also the Kipipiri Constituency Member of Parliament proposed that coalitions should have the rights to field presidential candidates. According to these Mt Kenya governors who were speaking at Great Rift Valley Lodge on Saturday, this move will make way for a grand coalition government.

According to details, this new proposal is also being backed by the head of state President Uhuru Kenyatta and the Orange Democratic Movement leader Raila Odinga. This new move has been crafted in bid to take on DP William Ruto. The new decision by the four governors is expected to attract more leaders from the Mt Kenya Region and counter the popularity of the Hustler Narrative. The four popular Mt Kenya governors have been instrumental in the ODM leader Raila Odinga's campaigns especially in the Central Kenya region. The decision to work on a coalition pact is also a way of uniting the Mt Kenya leaders who have emerged to be headed in different directions.