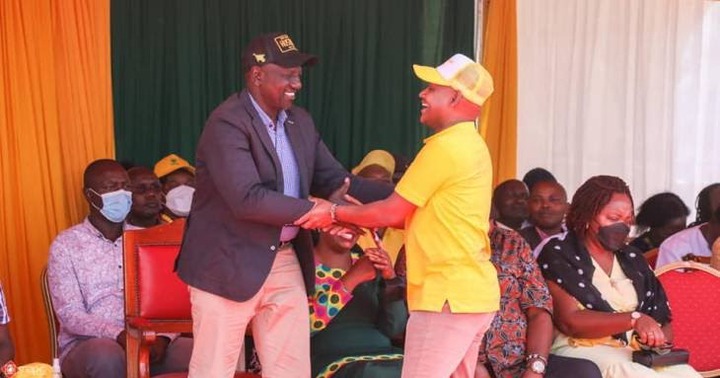 Top sources have alleged that the deputy president William Ruto had demanded that Thika town constituency Member of Parliament Honourable Patrick Wainaina aka WaJungle settle some empowerment funds he had pledged to the people of Thika.

This is said to have made the MP to rethink his decision of joining the United Democratic Alliance movement Party of the second in command and consequently dumped the party.

This has been confirmed by top sources who disclosed the news to the People Daily noting that the MP was angered by the deputy president William Ruto for not meeting a promise he had personally made.

"The DP had asked the MP to settle that pledge that he (DP William Ruto had made) and this was not received well by Patrick Wainaina."the source revealed.

The MP has since removed all the United Democratic Alliance movement Party affiliated colours from his campaign machinery and has also confirmed that he is not in any political party.

He had been received by the deputy president William Ruto during a top meeting and had even noted that he was in UDA to seek for the top position of the governor Kiambu county in the upcoming presidential elections.

“Now Officially UDA as I seek the Kiambu Gubernatorial seat. This is after having been fitted with the “Bottom-Up” cap by the Deputy President at Karuri High School in Kiambaa,” Wainaina said.

The first time legislator had ironically thanked DP Ruto for the great reception in the hustler’s brigade while on a political tour in his backyard of Kiambu County.