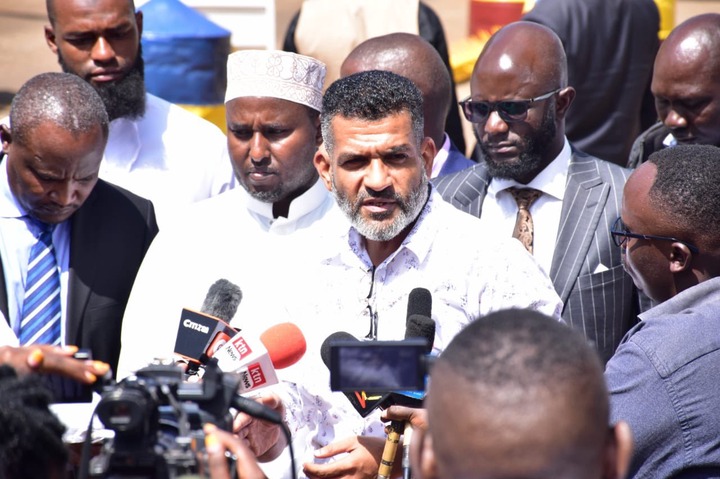 Raila's man Abdulswamad Nassir has gone rough at DP Ruto over the kind of politics he always play to people.

Speaking on a live interview with K24 journalist in a Punchline Show, the Mvita MP has called out the Deputy President for playing the politics of deceit.

That is after coming to realize that he is a leader who never stick to his words or mean whatever he tells Kenyans in his political rallies.

With regards to the issue of port in Mombasa County which has now turned to be the main center of focus in the political arena in Coastal region, the Deputy President was recently heard saying that he will take back the port to Mombasa during his time as the head of state.

However, according to the Mvita MP who is currently eyeing for Mombasa County gubernatorial seat, the recent statement by DP is much different to the statement he made on that issue when he was still having good moments in government.

By then, he criticized Governor Joho who for being unreasonable by raising the alarm that the government was planning to take away the port from Mombasa to Naivasha.

But now he has completely made the exact opposite of the statement he made some years ago. And that is what Abdulswamad is now calling the politics of deceit most of our leaders have been practicing.

"One of the greatest things that have hit us it the politics of deceit. I saw the Deputy President wholeheartedly saying that 'we will bring back the port of Mombasa,' a fee years ago he asked how the port would be taken away"- Abdulswamad.