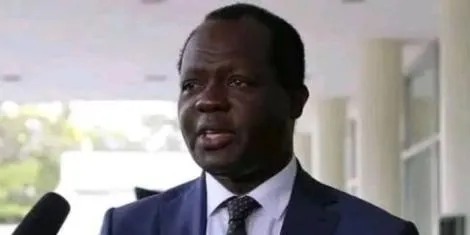 In an exclusive interview with Kenyans.co.ke, Tuju argued that Raila and his running mate, Martha Karua, fared remarkably well in the United Democratic Alliance-dominated area (UDA).

Tuju explained that despite the Kenya Kwanza coalition, which is associated with Deputy President William Ruto, winning the majority of the votes, the results showed Raila was on the rise in the area.

The former secretary general of the Jubilee Party expressed his belief that Raila was well-positioned to succeed President Uhuru Kenyatta given his performance in Mount Kenya.

Tuju told Kenyans.co.ke, "We have the results of those who voted Raila, much better than it would have been the case six months ago or a year ago."

Tuju continued, "What is important is that he has performed extremely well, and we anticipate good news. My duty here at Bomas is to make sure everything is moving along smoothly.

Tuju also praised the media for presenting various results, noting that doing so aids in maintaining the integrity of the electoral body headed by Wafula Chebukati. 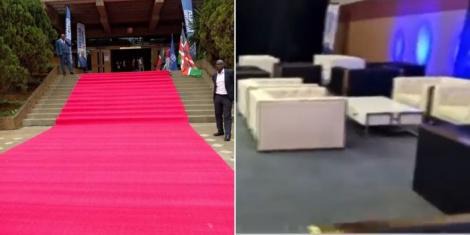 "The involvement of the media in this electoral political process, in my opinion, is a positive development. However, we must recognize that there are restrictions "Tuju declared.

His remarks follow the Independent Electoral and Boundaries Commission (IEBCannouncement )'s of the election results, which showed that Ruto had won in Karua's polling location at Mugumo Primary School in Gichugu, Kirinyaga County.

The results show that Ruto received 911 votes overall from the three streams, compared to 311 votes cast in support of Raila Odinga.

In Gatundu South, Kiambu County, at the Uhuru polling place at Mutomo Primary School, the second in command also prevailed.

In contrast to Raila Odinga's 464 votes in favor, Ruto received a total of 983 votes from the three streams.