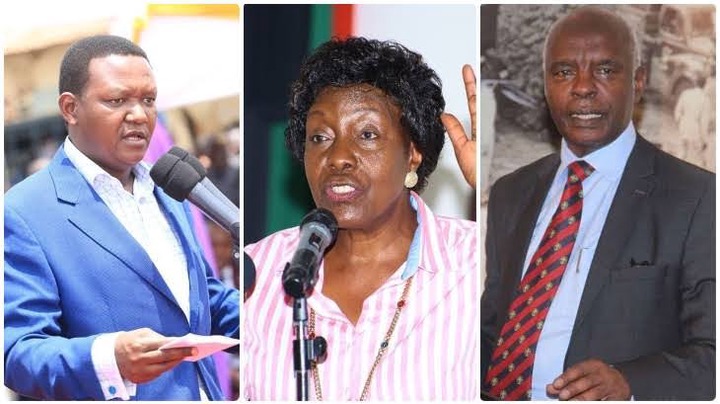 Azimio la Umoja One Kenya Coalition party has been intensifying their campaigns all over the country and any support received from a politician previously with a rival group has been crucial in their quest to take Kenyan's presidency.

In his weakly blog on Daily Nation, the spokesperson of Raila Odinga's campaign team, Prof Makau Mutua has alleged that Wiper party leader Kalonzo Musyoka is the kingpin in the Ukambani region.

He stated that it was a major hit on Kenya Kwanza Alliance when the former vice president changed his mind about running for the presidency, and rather supported Orange Democratic Movement (ODM) party leader Raila Odinga.

His declaration is a major blow to other Ukambani leaders including Kitui Governor Charity Ngilu, Makueni's Kivutha Kibwana and Dr Alfred Mutua of Machakos.

The three had previously been in a war of words with Kalonzo and in one instance, before Alfred Mutua left for UDA, they asked Raila not to lure him back into the Azimio coalition.

Prof Kibwana in a tweet, some months ago, claimed that Kalonzo was the reason he was having a hard time in Azimio and he was left with no option.

However, the rivalry is now behind their backs as the former Prime Minister united Ngilu, Kibwana and Kalonzo after the latter made a return to the coalition. 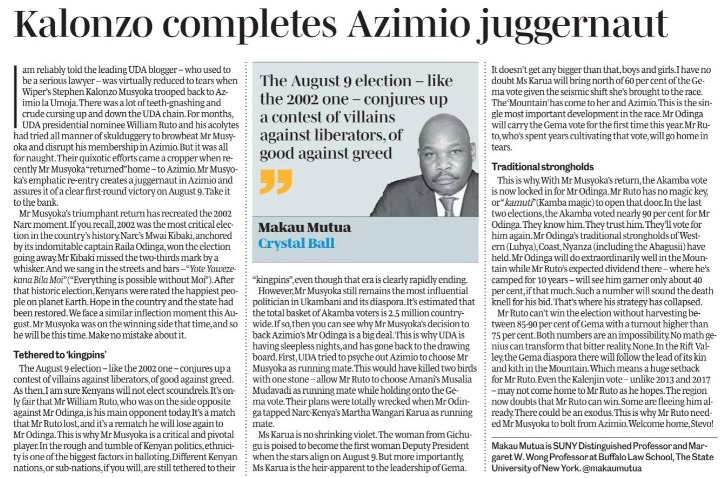