By Simon (self media writer) | 5 months ago 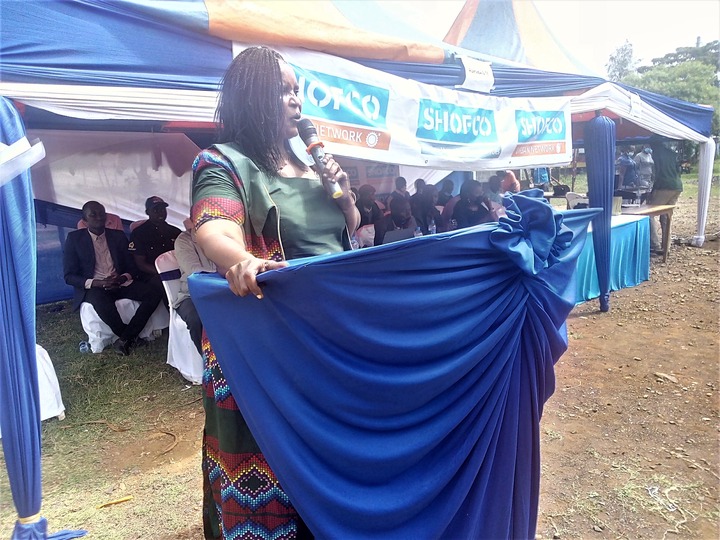 One of the Nyalenda B MCA aspirants Judith Ogada, during the event.

Residents of Nyalenda A and Nyalenda B wards in Kisumu County on Sunday had a rare opportunity to interrogate different party manifestos to help them make informed decisions during the August 9th general elections.

In an event organized by Shining Hope for Communities(SHOFCO), the residents also had a chance to vet candidates aspiring for Members of County Assembly (MCA) for the two wards. 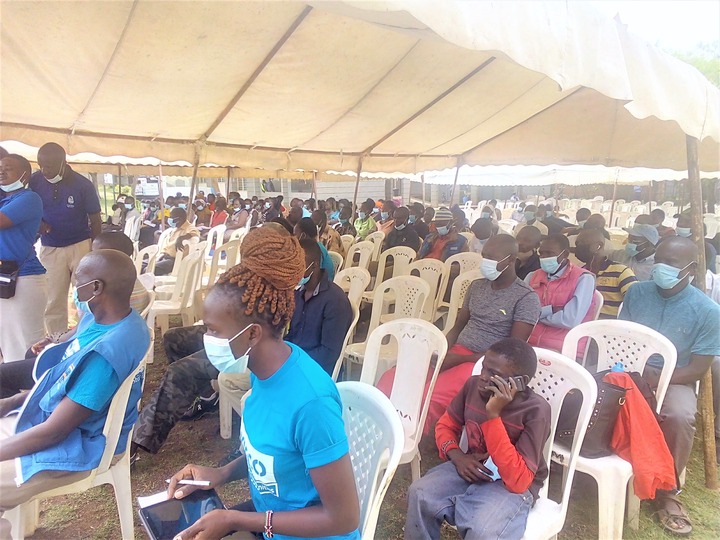 Kisumu SHOFCO coordinator, Job Oluoch said the event was purposely conducted to enable the residents to understand the manifestos at the same time know the aspirants as the elections draw near.

The question and answer sessions, he said, presented a platform for members of the public to scrutinize the aspirants and ensure that only leaders of high integrity are elected.

The platform, he added, was geared towards fostering peace and cohesion as political temperatures in the area heighten.

“|Since these aspirants eyeing the same positions have been campaigning on different platforms we are now bringing them together to share ideas. This is the unity we want to see so that they stop looking at each other as enemies,” he said.

The exercise, he said shall be scaled up to cover all the wards in the county to give an opportunity to the electorate to dialogue with a chance to dialogue with their leaders to enhance cohesion and peaceful coexistence during and after the elections.

“After this forum, we expect members of the community to make informed decisions and vote in leaders of their choice having gone through their manifestos,” he said.

SHOFCO Chief Programs Officer Gladys Mwende said elections were not just about the ballot adding that creating a dialogue between leaders and the electorate was meant to enhance active participation in the electoral process.

This, she said, targets to enhance trust between leaders and the electorate at the same time ensuring transparency and accountability for those who shall be elected into office.

“Trust will enhance the level of accountability as people will be able to hold their leaders to account for every decision they make,” she stated.

“People are going to decide who to elect based on the personal experiences they have during these forums and what they have done for the community in their individual capacities,” she added.

Mwende said the forum, which is part of civic education, was not only targeting candidates for the MCA position but shall also be extended to other positions.

She urged area residents to engage constructively and preach peace to ensure that the election is conducted in a peaceful manner.

Judith Ogada, one of the Nyalenda B MCA aspirants called for proper public participation to enhance participation and transparency during the elections.

Ogada who unsuccessfully ran for the seat in 2017 expressed optimism that she will clinch the seat, calling on the other aspirants to preach peaceful coexistence and conduct peaceful campaigns.

Benson Owano, a resident of Nyalenda B lauded the initiative saying it had put the voters into perspective on what the aspirants and parties have to offer.

“What has happened today is good because we have known those who are eyeing different positions and also heard from them,” he said.

August 2022 New Interesting Movies Released This Week You Should Watch

Kenyans React As Didmus Barasa Speaks Despite Being Sought by DCI

JUST IN: Didmus Barasa Thanks His Constituents For Reelecting Him While Still in Hiding