A renowned politician from Kieni is currently counting his loses after a group of unknown vandals allegedly Vandalized his campaign banner worth Ksh. 2.4 million. 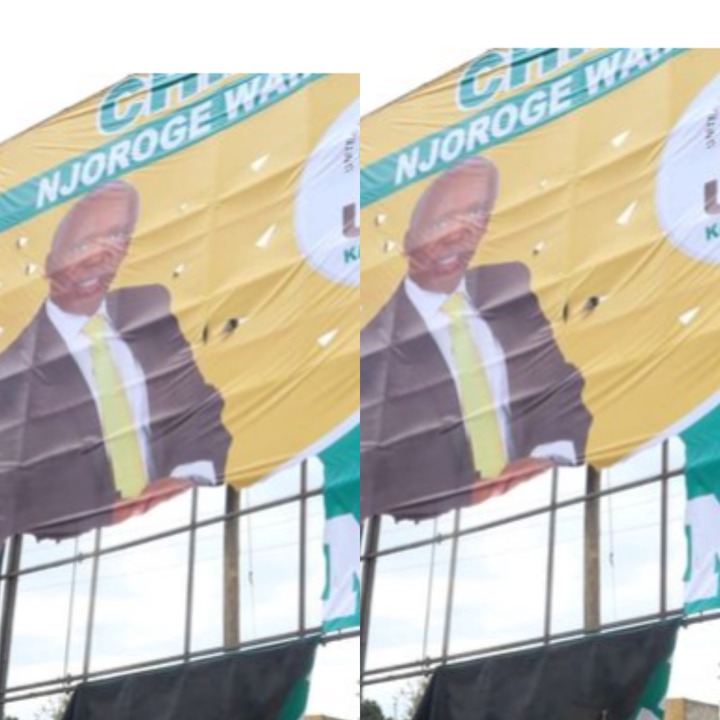 According to the reports given by a reliable source of information, it has been revealed that this has been happening in the middle of the night and for this reason, the suspects have not been caught.

Speaking about his banner, renowned UDA Mp candidate from Kieni has claimed that it was so unfortunate that this is happening despite the fact that police officers are always Roaming all over the county and for this reason, he called upon the police to do something.

This is happening at the same time when the former prime Minister of Kenya and Orange Democratic Movement party leader along with the deputy president of Kenya, honorable William Ruto have both called upon kenyans to make sure they maintain peace before and after the oncoming General elections. 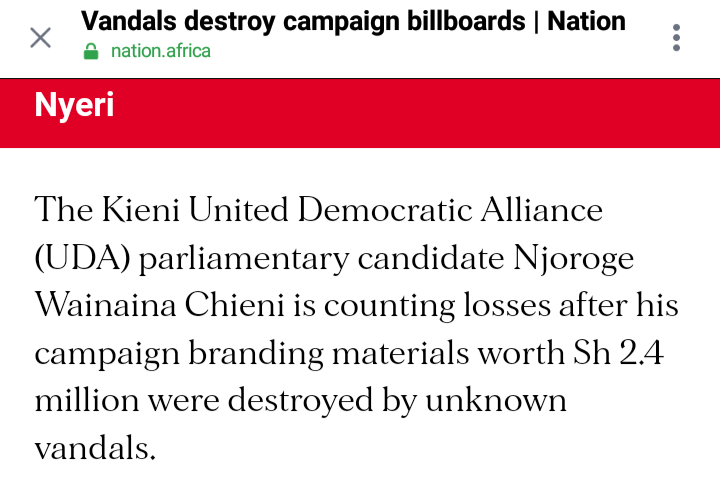 While reacting to this incident, kenyans who took to their different social media accounts to express their opinions and suggestions on the matter have called upon the National Police Service to deploy undercover police officers in these regions to arrest these suspects.

According to the reports given by most Kenyans, they claimed that it was so unfortunate that the government is yet to do something about the increasing cases of chaos in different political rallies despite the fact that the country is heading to the general elections in a few months time. 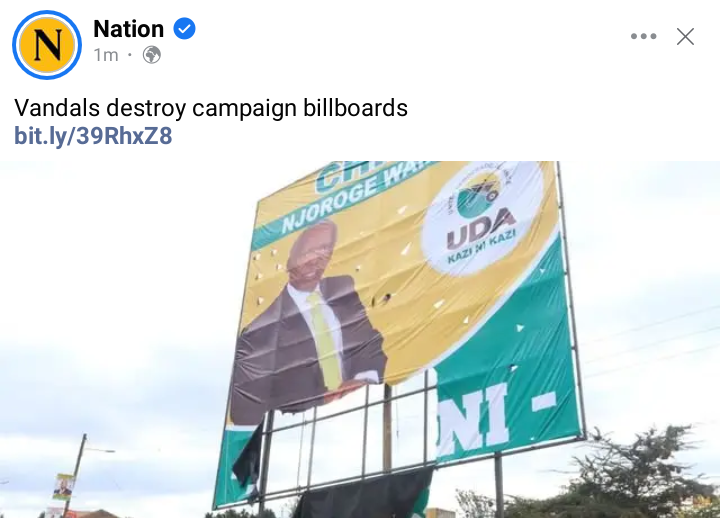