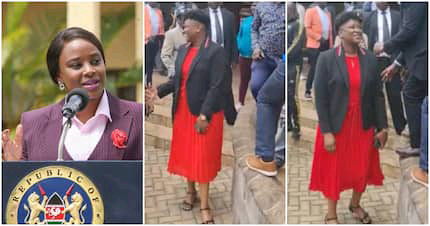 At a church ceremony attended by Raila Odinga, a presidential contender for the Azimio la Umoja One Kenya Coalition, on Sunday, August 14, Kanze Dena reappeared.

Kanze wore a red dress, a black blazer, and matching flat sandals as part of her outfit. The spokesman for the State House debuted her new mohawk hairdo and looked stunning.

Seth Olale, the lead reporter for Citizen TV, posted a video of Kanze greeting numerous people outside the church before departing. 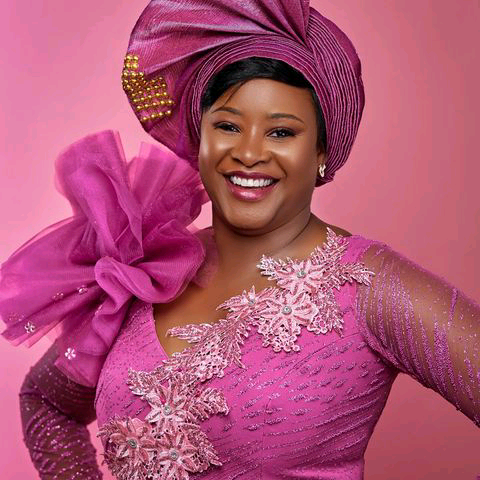 There were many rumors that Kanze was at the chapel to give Raila Odinga a message from Uhuru. She is a frequent member at the Karen-based church, though, according to several social media users close to the State House employee, where Raila had gone for a prayer service.

Following are some of the remarks made in response to Kanze's new appearance by some of her fans:

"I can't believe I overlooked her, Jana. I couldn't stop wondering who she was."

"Dena has changed recently; I no longer recognize her as the same person. Habari pesa!"

Kanze Dena, the first female spokesman for the State House, expressed her gratitude to President Uhuru Kenyatta in a linked piece that appeared on TUKO.co.ke.

Kanze thanked Uhuru in her heartfelt departure letter to the president who appointed her in 2018 for helping her write history.

The former Citizen TV host prayed for the departing head of state as he enters a new chapter in retirement while speaking at State House on Sunday, May 24.

"As we draw to a close, Your Excellency, we just want to ask that the Lord bless you, keep you, strengthen your bonds, and expand your domain as a whole with your family so that no pestilence comes before you. That even if a thousand stones fall on your right side and ten thousand on your left, you will not be harmed, "She spoke.

She informed the president that as he leaves office, his employees will miss him even more.

The PSCU wants to express a special thank you because you have made it possible for them to carry out their mission. "Thank you for making my history to become really and I will not take it for granted.," Kanze said.

So Adorable: A Baby Sees Himself Through Funny Filter And Laughs As Netizens Reacts