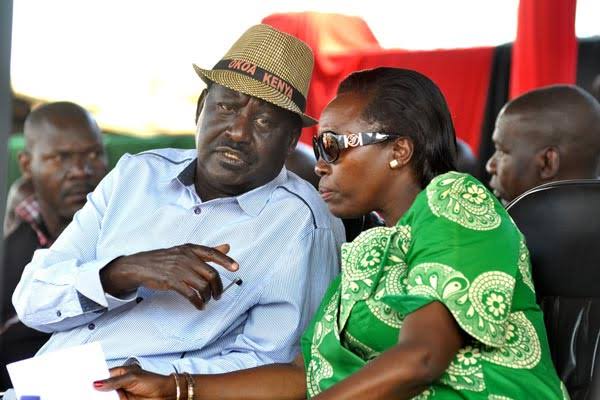 As ODM leader Raila Odinga prepares to officially announce his intention to run for the presidency in 2022, it has emerged that efforts have been made to persuade Narc Kenya leader Martha Karua to be his running mate.

Although the two have been politically divided, especially in connection with the BBI process, which has been blocked by the courts, circles say there are plans to try to lure the former Gichugu MP, Kirinyaga County to join Mr Odinga's side.

Ms Karua has been at the forefront of uniting the Mount Kenya region ahead of the next general election, and is the spokeswoman for the so-called Mount Kenya Unity Forum group that brings together political parties rooted in the area. The group tasked her with talking to presidential candidates about the interests of the Mount Kenya region before and after the 2022 general elections.

At the moment, Ms Karua insists she will run for governor of Kirinyaga, although circles suggest that strategies are underway to persuade her to change her mind and accept Mr Odinga's running mate, who is preferred by President Uhuru Kenyatta.

Our informants point out that rivals from Mount Kenya, who have indicated their support for Mr Odinga, have expressed interest in accepting Ms Karua and her MUF group plans to hold a third Limuru conference to provide political direction for the region in 2022.

The tactics of Ms Karua and her group were used by the rivals who met Mr Odinga and members of the One Kenya Alliance (OKA) to discuss their plans for Mount Kenya if they win the presidency.