Vocal Kakamega senator Cleophas Malala has finally revealed that his Amani National Congress party leader Musalia Mudavadi would be willing to form a pact with former Prime Minister Raila Odinga ahead of the 2022 general elections.

Malala has however revealed that for this to happen, the Orange Democratic Movement party leader should give up his presidential ambitions and back Mudavadi for the country's top seat. 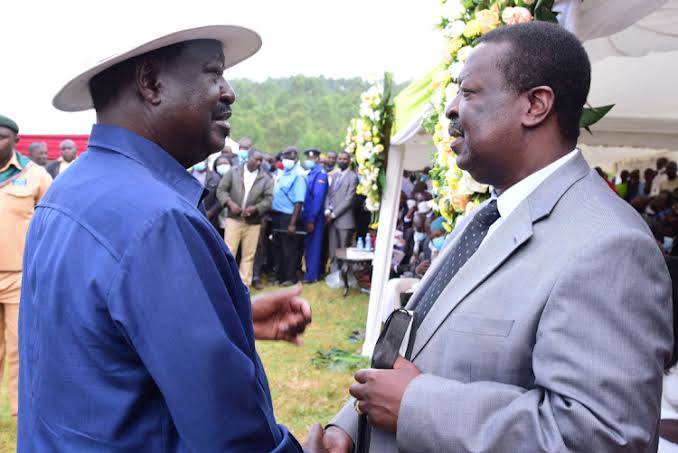 According to the Senator, Musalia had sacrificed a lot during Raila Odinga's onslaught for the presidency in the past years and it was now time for Baba to return the favor and declare his support for Musalia.

"Although we are open for discussions, the bigwigs in Azimio should be ready to support Musalia for us to join them. Musalia has helped Raila many times and it's imperative for Azimio and the former Prime Minister to back him. That is our bare minimum," Malala remarked.

The Senator refused to rule out joining the United Democratic Alliance as he stated that, unlike Raila, the Deputy President had never reneged on his promises and this had enticed the Mudavadi camp who would be willing to settle on any government position if Musalia joins hands with the DP.

Gachagua Embarrassed Publicly As A Man Asks Him To Pay 'Kshs. 1000 Debt' Infront Of Ruto

"No Food, No Elections" Drama In CBD As Several Kenyans Protest Over Rising Cost of Living - Photos