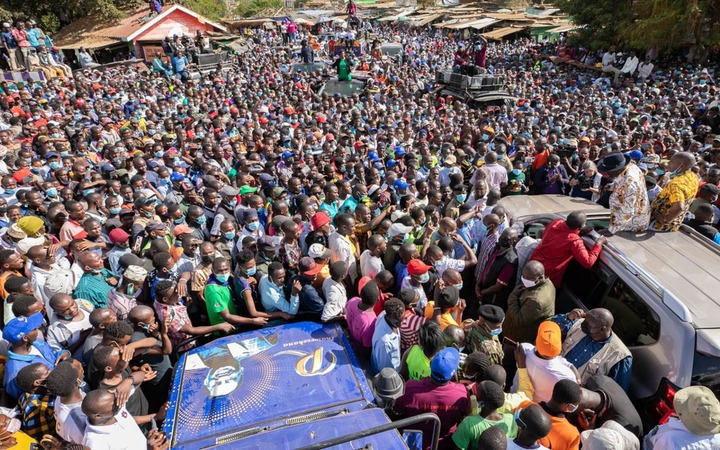 Muthama has reffered to Raila as a man without political direction. According to Muthama, Raila’s campaign is heavily funded by the Deep State President Uhuru Kenyatta.

Muthama has also revealed that Raila has been copying Deputy President William Ruto's tactics during his campaigns by leaning on his economic model among other campaign strategies.

"@RailaOdinga is a man without political direction. His campaigns are being remotely controlled by @StateHouseKE. Of late, his team has been copying DP @WilliamsRuto in style & substance. The charismatic leader of yore has been reduced to a caricature by allowing a retiring president to pull the strings in his campaigns and blowing away his political magnetism", reads a statement from Johnstone Nduya Muthama.

The issue of the deep state funding Raila had sparked off reactions when similar vehicles were spotted in both Raila and OKA's campaigns.