By Mwokozi (self media writer) | 13 days ago

Today the deputy president William Ruto and his team of hustler nation leaders was in Murang'a county early in the where he attended a meeting hosted by church leaders from the area and was hosted with Irungu Kangata who is the senator of that county. 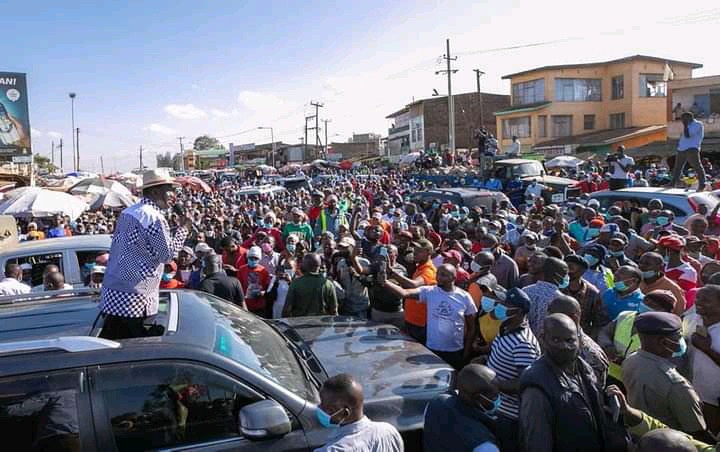 But after the church meeting with the church leaders,the deputy president William Ruto proceeded to Kenol town where he went to meet with the hustlers from that area and sell his ideology of the bottom up economic model which is his main agenda for the next year general elections.

Things did not turn out well for the second in command as his expectations to address huge crowds as always was diminished with the smaller number that approached him today.

The crowd of countable people gave the deputy president William Ruto their ears to listen to his ideas and opinions as to why they should elect him over Raila Odinga. 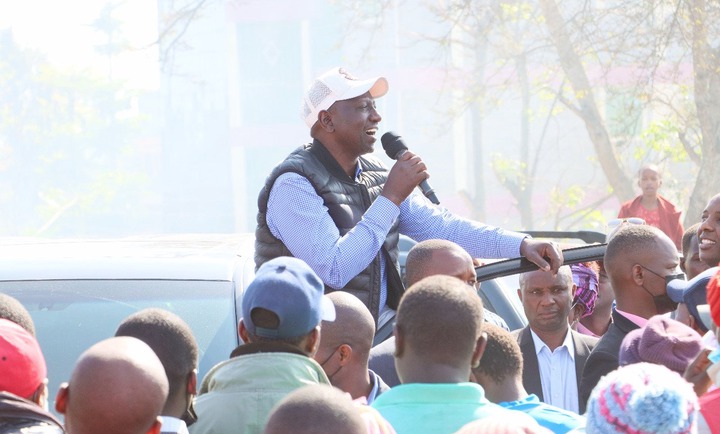 Compared to the crowd that gathered during Raila Odinga's meeting at the same place last week Monday ODM member Mzalendo Mzalendo has wrote in his Facebook page to ask whether the mountains has shifted their support at once from the deputy president William Ruto to opposition leader Raila Odinga. This deputy president William Ruto's Meeting comes days after Raila Odinga met with the mount Kenya Region leaders,tycoons and businessmen who assured to support him.