Deputy president William Ruto led UDA party is one of the fastest growing political party in Kenya. The second in command has been crisscrossing different parts of the country popularizing his new party under bottom-up economic model. 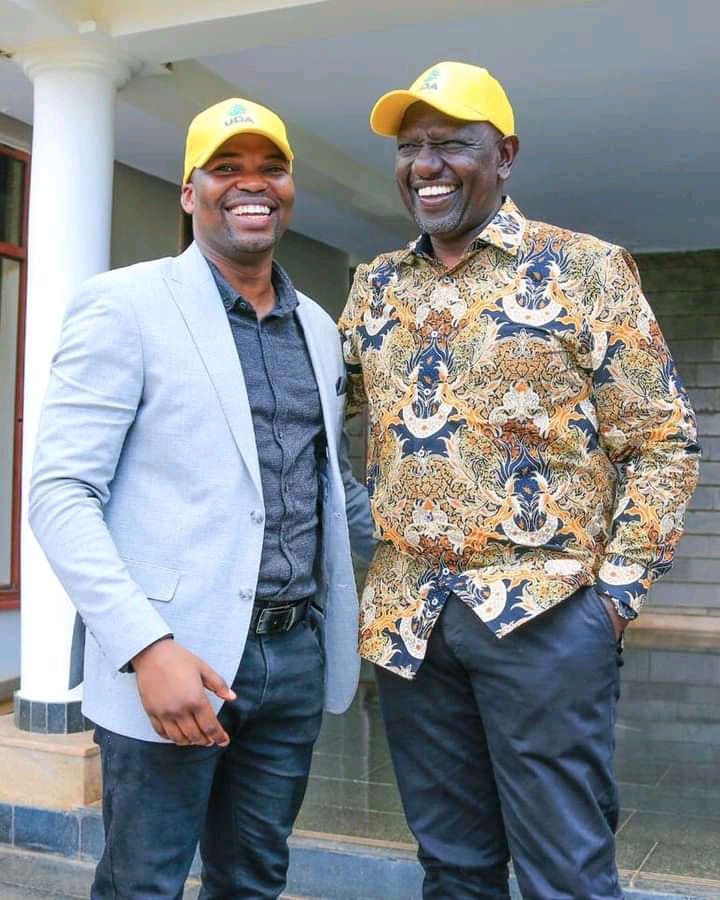 MC Jessy popularly known as Jessy Jasper has revealed why he joined UDA party. Jessy said that his decision of joining UDA party has been shaped by his people after wide consultation from the grassroot levels.

" It's now clear where the vision is heading. After many days of consultative meetings with my South Imenti people I have officially been invited to join UDA party" wrote comedian Jessy on his official Facebook page. 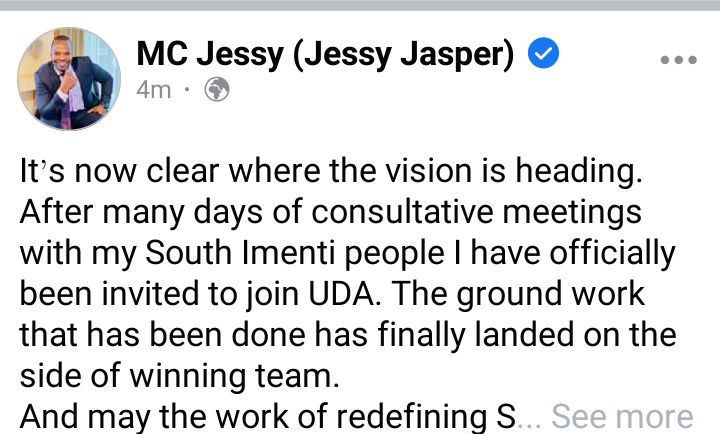 " The ground work that has been done has finally landed on the side of winning team. And may the work of redefining South Imenti has begun" added MC Jessy.

Jessy admitted that deputy president William Ruto UDA party enjoys the ground support. This meant the comedian to join the party ahead of August polls.

Comedian Jessy will battle for UDA ticket for South Imenti parliamentary seat with the incumbent legislator Kathuri Karugu. Both of them are active members of UDA party.

UDA candidate will compete with Meru county chief of staff Gideon Kimanthi who is eyeing for the parliamentary seat on a MBUS party ticket. The former MCA enjoys massive backing from Meru governor Kiraitu Murungi.