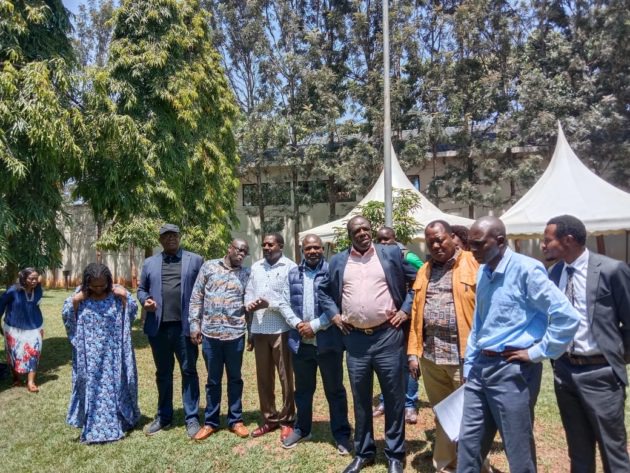 Oparanya as well several Western Kenya leaders have made a major political announcement today on their political direction going into the future. According to the leaders who are majorly in the Azimio coalition, they will not abandon their cause just because William Ruto was declared the president elect.

Here is a link: https://www.capitalfm.co.ke/news/2022/08/western-kenya-leaders-commit-to-stand-firm-behind-azimio/?utm_source=dlvr.it&utm_medium=twitter

The leaders affirmed that they will stand with Raila Odinga to ensure justice is finally served. The leaders have strongly supported Raila's move to the Supreme Court to Challenge the presidential results where Ruto was declared president elect.

It's clear according to Oparanya that, Western Kenya will not be out of government but they will use all avenues to challenge Ruto's win first. According to Azimio leaders from Western, they are not going to join Kenya Kwanza, rather they will fight for justice together with Raila Odinga.

As always, it's a fact majority Kenyans are also waiting for the supreme Court verdict in matters revolving around the just concluded general election. However, Oparanya and other leaders stand is that, they will be behind Raila Odinga as he takes legal action. However they will ensure Western Kenya is in government at the bare minimum.

From Facing 30 Years Jail Term To Become Free Man, What You Should Know About Late Paul Gicheru