By TopTrendingKE (self meida writer) | 22 days

Nominated Senator and a close ally of Deputy President Dr.William Ruto, Senator Millicent Omanga has sparked reactions online after issuing a Bold statement in Regard to the latest Discovery on the Building Bridges Constitutional amendments bill that fake BBI copies were sent to county assemblies Online. 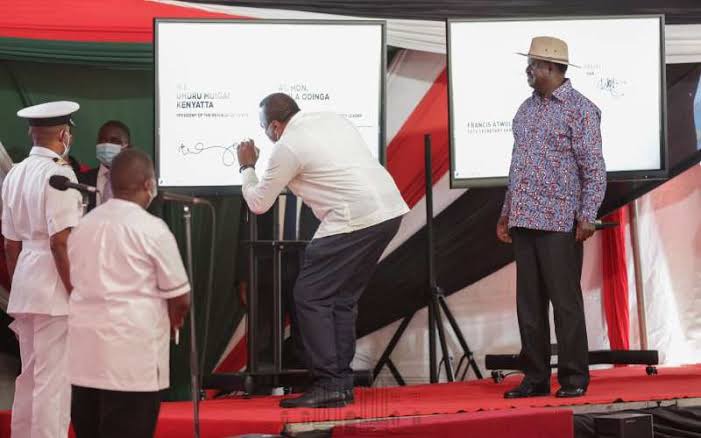 Penning her thoughts in a post on her Twitter page on Thursday in response to the Daily Nation Newspaper headline "Outrage over 'fake' BBI Bill", Omanga said that the issue of fake BBI bill sent to county Assemblies should immediately be investigated and if confirmed to be true then the whole process should be declared a null, Remarks which have illicited mixed reactions from Netizens. 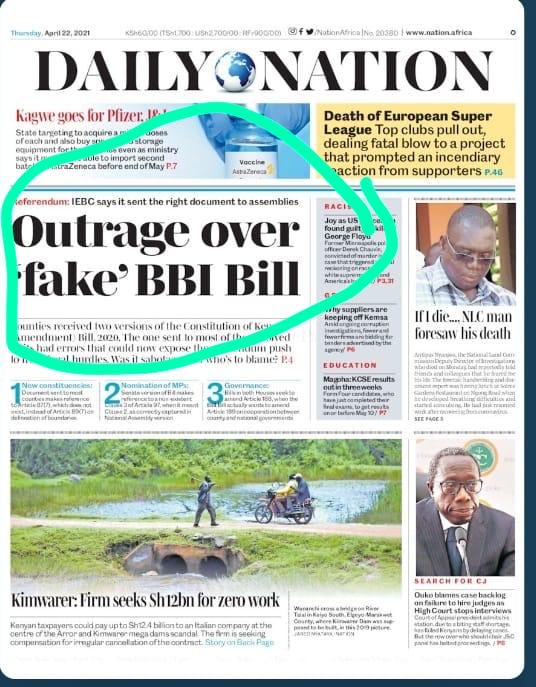 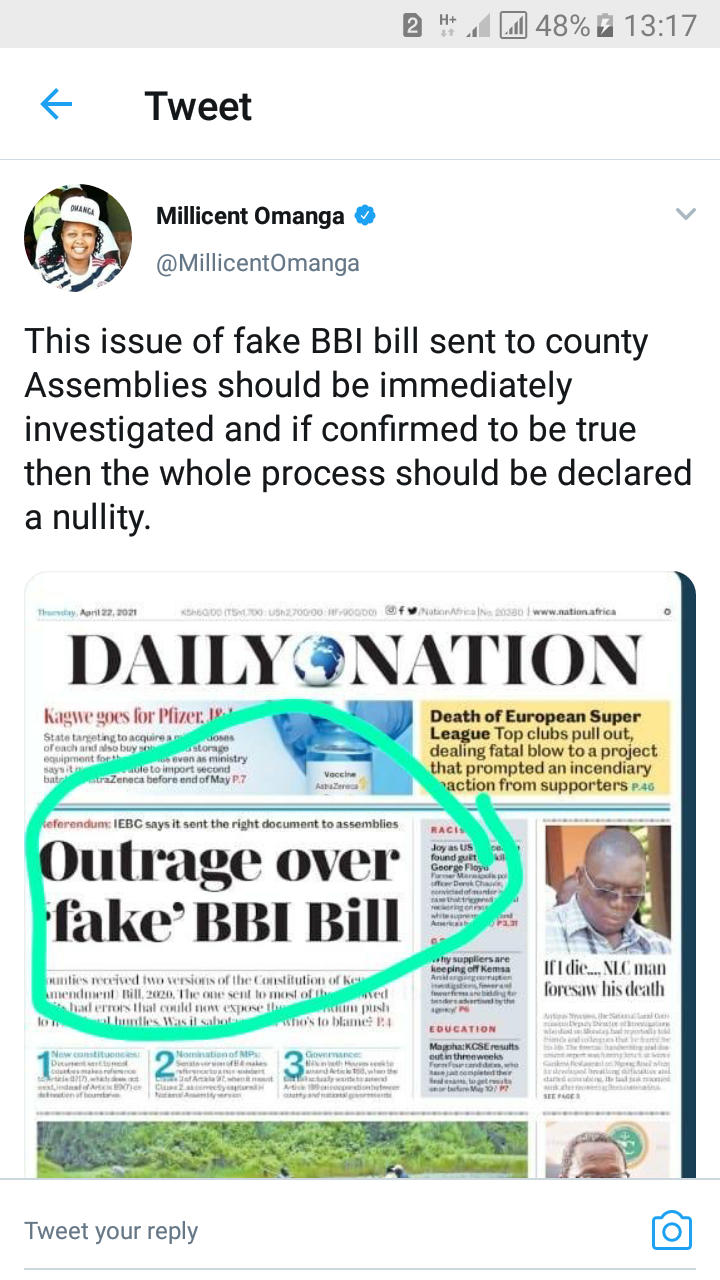 "The problem with our leaders, they are not after finding a solution to every problem in this country. Instead of composing yourself as a leader, you opt to become a bandit." A comment read.

"We have no time Madam, kindly look for bills that will add value to the common Mwananchi!... Hii yote we all know its a subotage by those who were opposing the bill!" A comment read.

"All assembles and the national Parliament should be disbanded, we have so many charlatans, maniacs and bigots who know nothing abt why they are their, abolish all nomination slots coz they have been misused to nominate loucy dudes and catwalkers who have no clue." A comment read.

"How genuine that one which was sent for collection of signs was genuine and one being taken for referendum." A comment read. 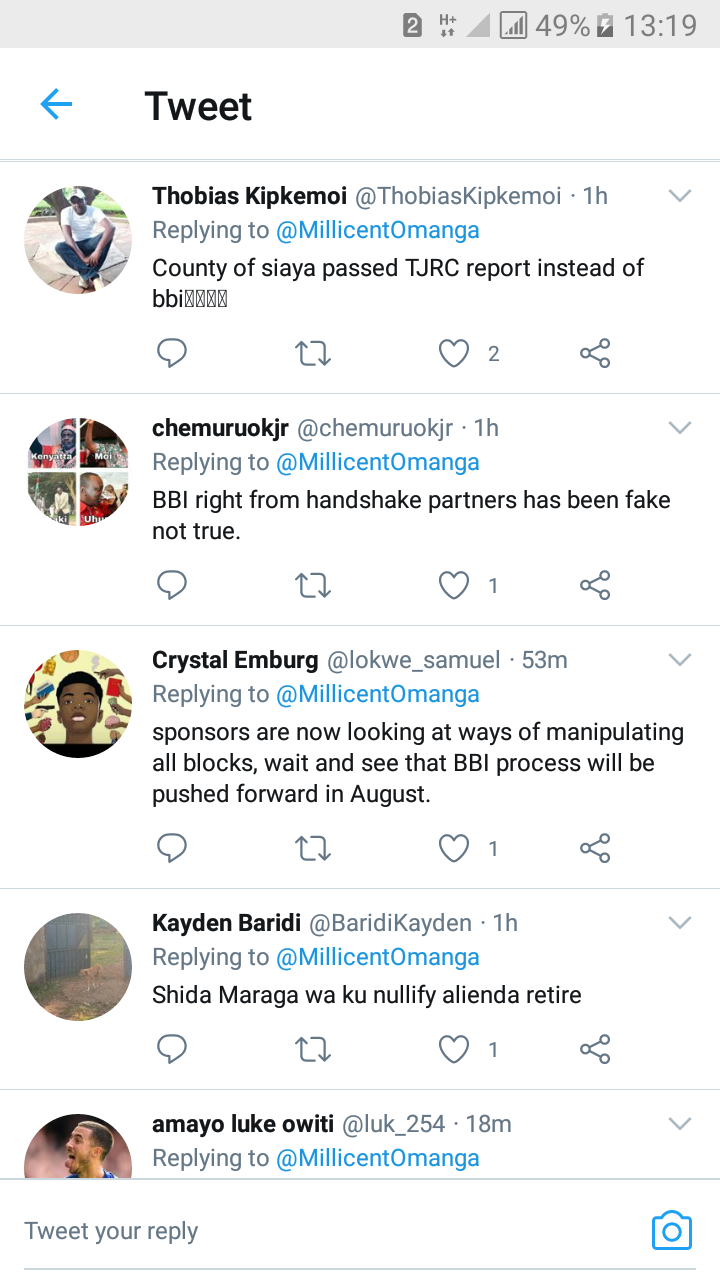 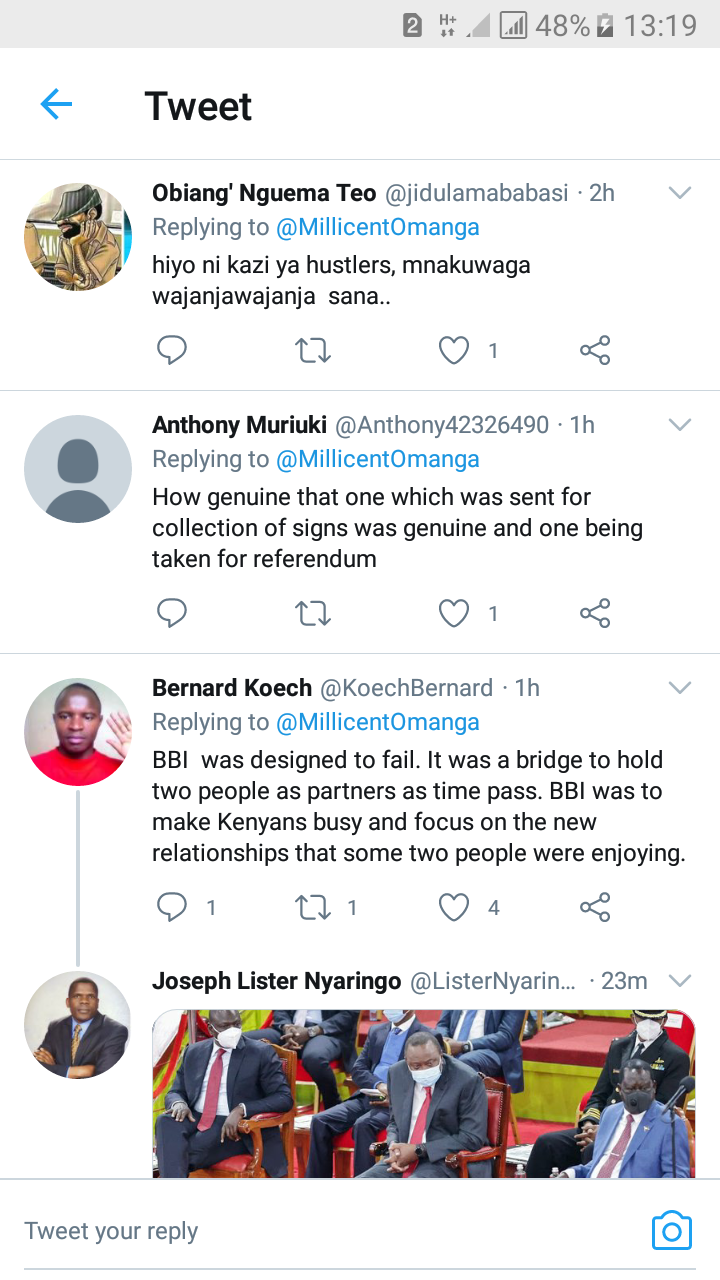 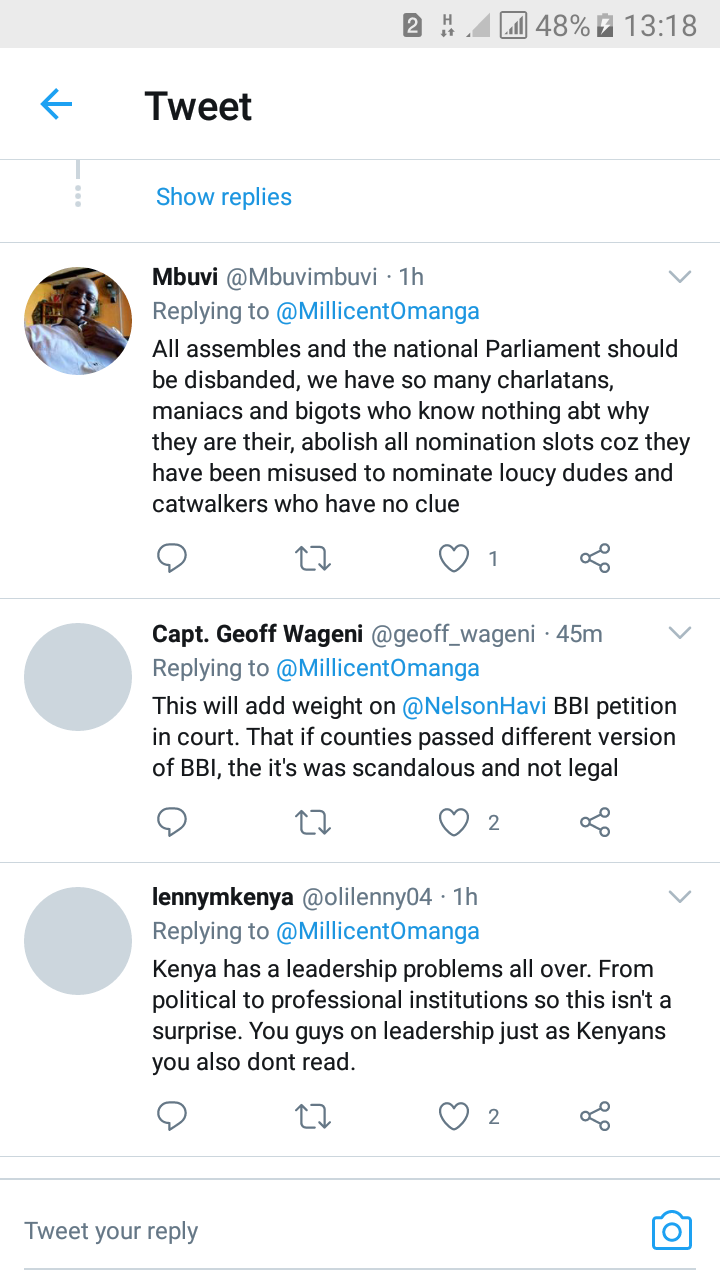 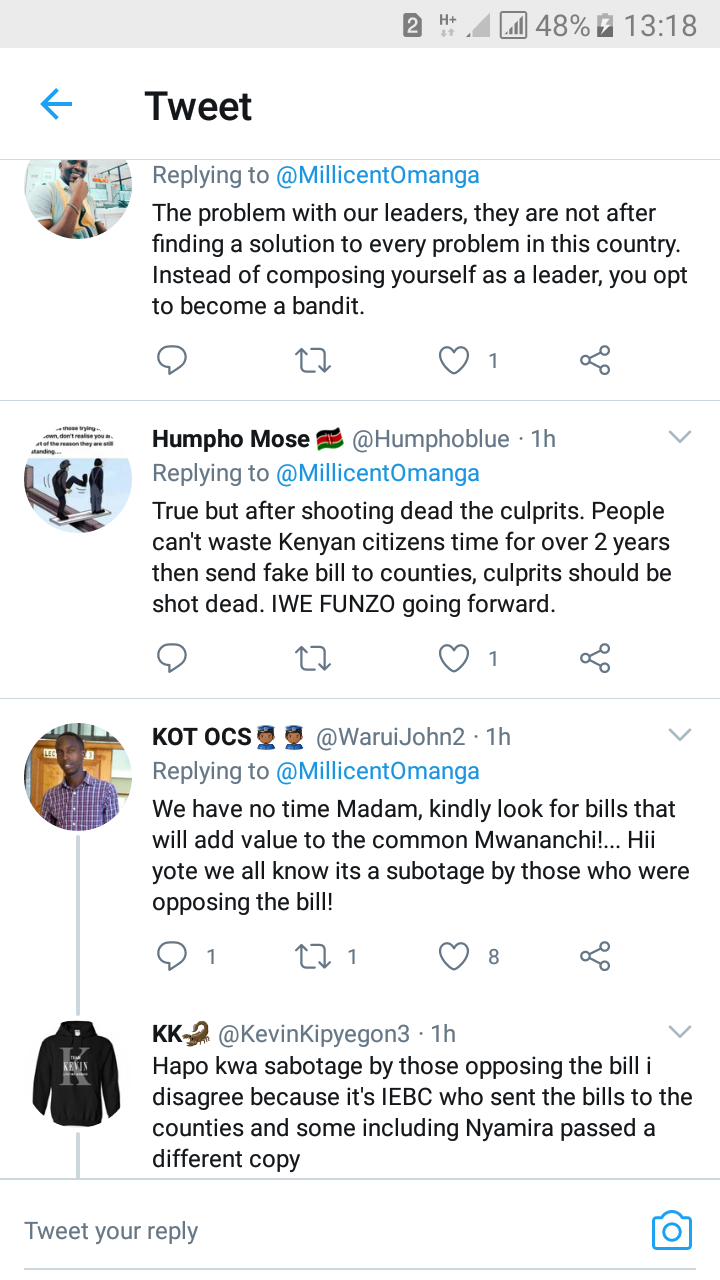 Content created and supplied by: TopTrendingKE (via Opera News )