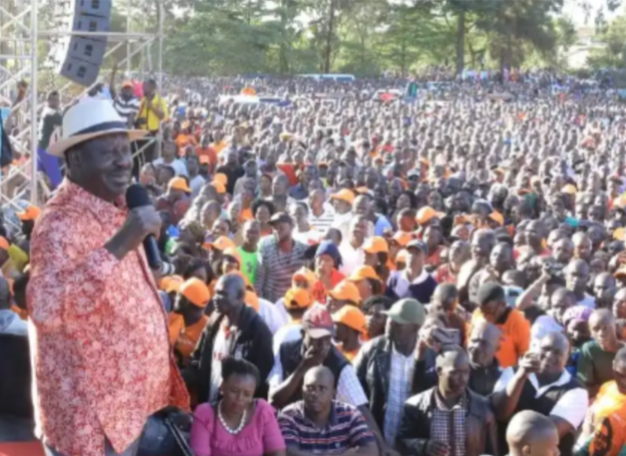 (Raila Odinga speaking to a crowd during a tour in Nairobi)

Raila stated that the DP has no boundaries when it comes to stealing public wealth and that he could go to any extent, even if he has to put himself in trouble, just to fullfil his wild desires.

The former Prime Minister went on to explain that, he fired Ruto when they were working together during the time of the Grand Coalition Government, because of the habit of taking public resources illegally.

He also stated that, despite firing Ruto in the past, the DP did not stop commiting theft of public resources, claiming that he carried on with that habit until it led to a broken relationship with President Uhuru Kenyatta.

Raila also claimed that, the DP is using almost Ksh100 million in a month while he earn a salary of less than Ksh2 million, adding that there in no way Ruto can get so much money except by stealing. 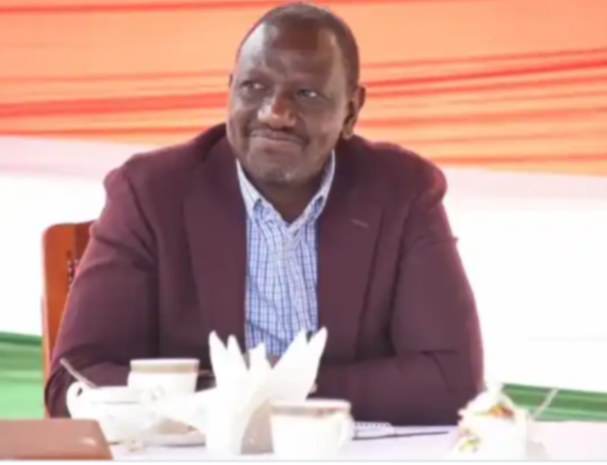 Tusidanganyane, The Biggest Scandal In Kenya Happened When You Were Finance Minister - PK To Musalia