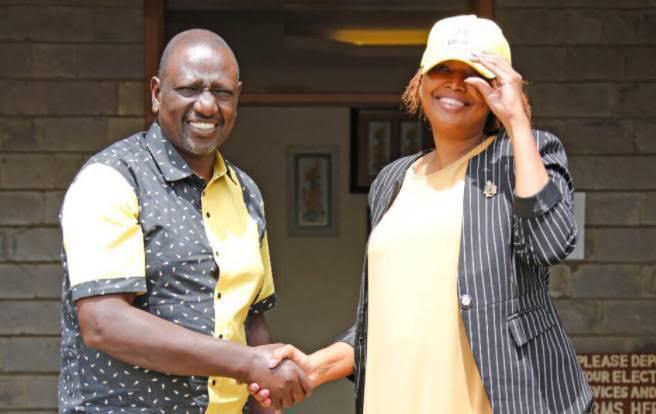 In a post that has sparked a lot of mixed reactions from a number of kenyans who called her out, the renowned politician claimed that Martha Karua does not have enough numbers to give the former prime Minister of Kenya numbers or rather voters in the general elections which is supposed to be held in a few months time.

Her post has however sparked Alot of mixed reactions from a number of kenyans who called her out claiming that it was so unfortunate that she was talking about a fellow woman who is on her journey to become the deputy president of Kenya.

According to the reports given by most Kenyans, they claimed that one of the main reasons why most women often fail is due to the fact that they are not often supported by their fellow women and for this reason, Claimed that this might be the reason why there are no women leaders on the country.

However, in her latest post, Nyamu who took to her Facebook account to express her opinion on the matter has said that she has said nothing wrong and for this reason, she called upon Martha Karua to show hr supporters. 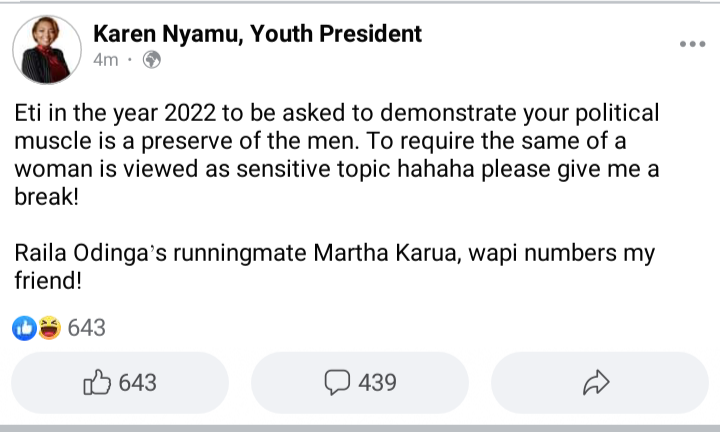 JUST IN: KDF Recruits Passing Out Ceremony to he Held Today, President Uhuru to Attend in Eldoret

Few Days After Baby Died, Lady Called To Inform Me To Tell Hubby To Use Protection With Ladies;Naomi

The Person Behind Likoni Drowning of Mother and Daughter in The Ocean While on Ferry Revealed.

Just In: Detectives Have Smoked Out Mastermind Behind Nakuru Serial Killings From His Hiding.

The most mysterious and scariest place in Kenya.

Arap Kirwa Breaks His Silence On DP Ruto's Manifesto, As He Compares It To Raila Odinga's Manifesto

Simple ways to make money out of vacant land.