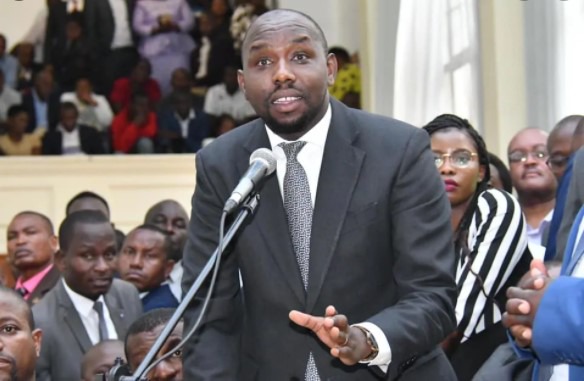 Few hours after the electoral body IEBC withdrew from a panel formed by the state to ensure election preparedness in the country, Elgeyo Marakwe Kipchumba Murkomen has come out to weigh in on Koome's involvement in the exercise.

This was after Koome' despite being criticized by William Ruto's camp demanding for his withdrawal, maintained that she is in the panel constitutionally and will not resign.

But contrary to the expectations of many in the UDA camp, Murkomen said he will not call out Koome to resign. He said he has a lot of admiration and respect for the CJ and is entitled to defend her place in the elections forum

According to the Ruto allied Senator, the CJ should, however, do "soul searching and convince herself that working with persons who have taken political sides will bring honor and dignity to her office. 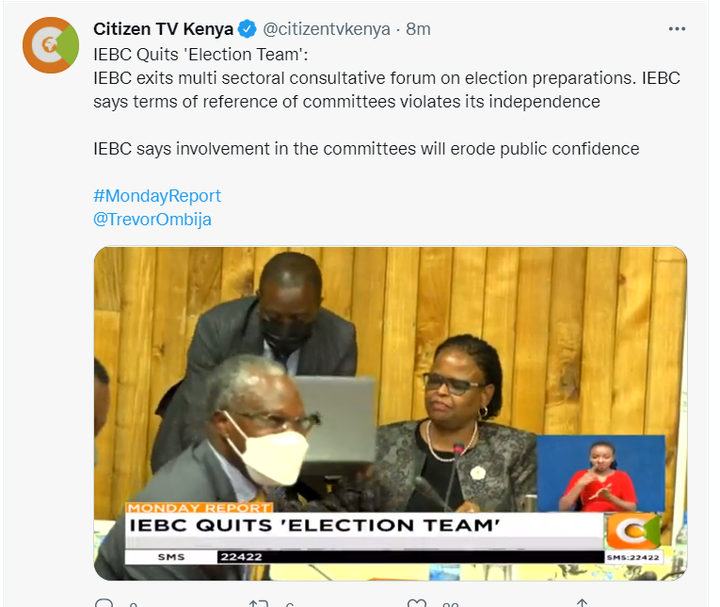 Chebukati said the team was directing the commission on how to conduct and coordinate its functions adding that they will not be part of the same.