By Oriwa (self media writer) | 1 year ago

It was a Super Tuesday for former Prime Minister Raila Odinga and President Uhuru Kenyatta after more than 20 county assemblies passed the Building Bridges Initiative (BBI). Baringo County stands as the only assembly that has rejected the motion that was characterized by chaos last week.

In one rally to Mount Kenya region, President Uhuru promised Members of the County Assembly Sh2 million car grant. Other legislators from different regions complained and they too were promised the same. It is believed that is what made them to pass the bill unanimously. 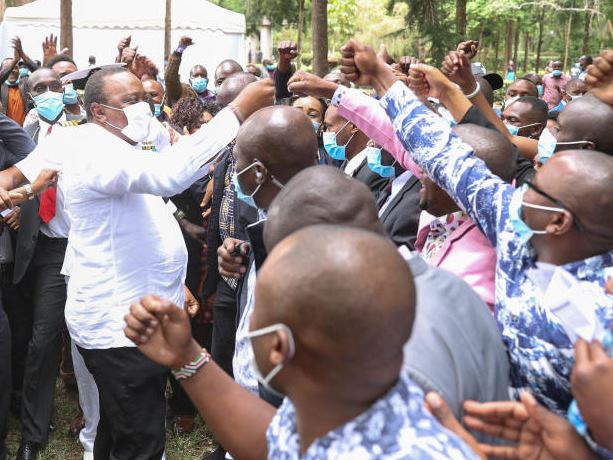 Yesterday the Controller of Budget (CoB) issued a clarification on a leaked memo that suggested that grant was rejected. In a press statement, Margaret Nyakango, pointed out that the proposal was still in the process and the said memo wasn't coming from her office.

“There are processes that must be followed to ensure that MCAs do not get into problems in terms of accounting for the grant,” read a statement by the Controller of Budget as quoted by Daily Post.

Political pundits have argued that money may not be feasible and also that it may hurt the economy if implemented.