By Mrdailyreportnews (self media writer) | 1 month ago 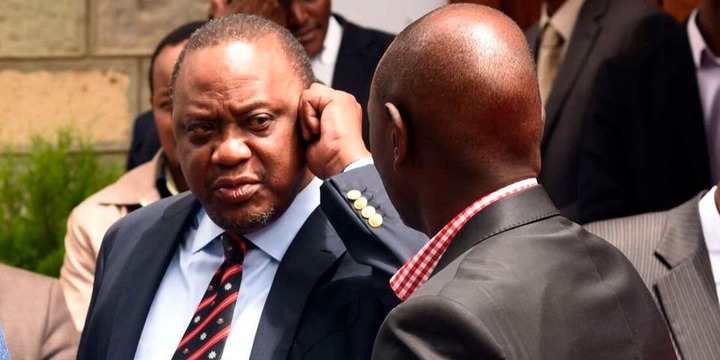 It has also emerged that the cold relationship between President Uhuru Kenyatta and the Deputy President William Ruto allegedly begun even before the 2017 general election when Uhuru was seeking a second term in office.

It is even alleged that the Deputy President William made a few remarks while speaking with the Kikuyu Elders suggesting that his frosty relationship with his boss president Uhuru Kenyatta might have begun way before the 2017 general election.

It has also emerged that there were fears that the Deputy President William Ruto could have allegedly failed to support President Uhuru Kenyatta for the second term in 2017. DP Ruto reportedly told the Kikuyu Elders that it was even widely expected that he (DP) would have failed to back President Kenyatta for the repeat election due to some perceived differences even before the last elections. 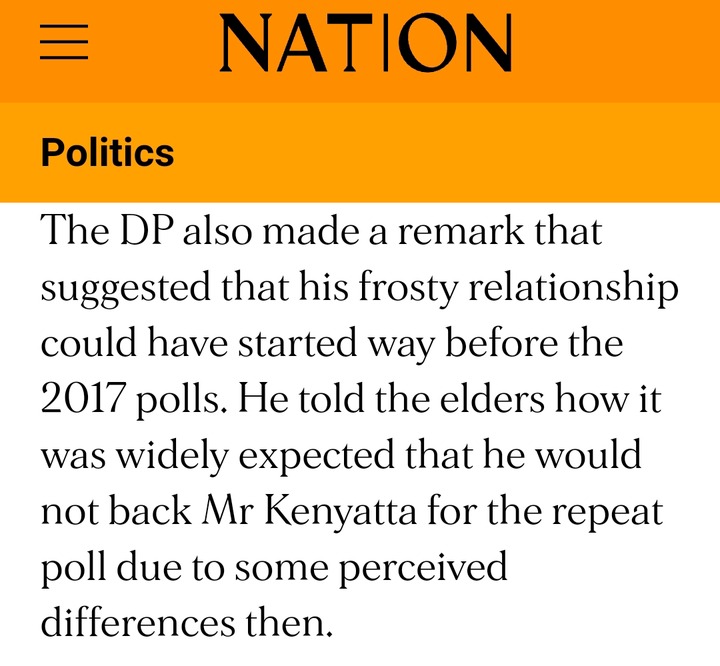 Content created and supplied by: Mrdailyreportnews (via Opera News )