By Onwriter (self meida writer) | 1 months

UDA chairman Johnston Muthama has finally broken his silence regarding the legal tussle that if facing UDA party. This follows a move by the party’s former chairman Mohammed Noor’s petition to the political parties dispute tribunal. The petition is challenging the process in which the party was acquired and rebranded by leaders allied to the deputy president. 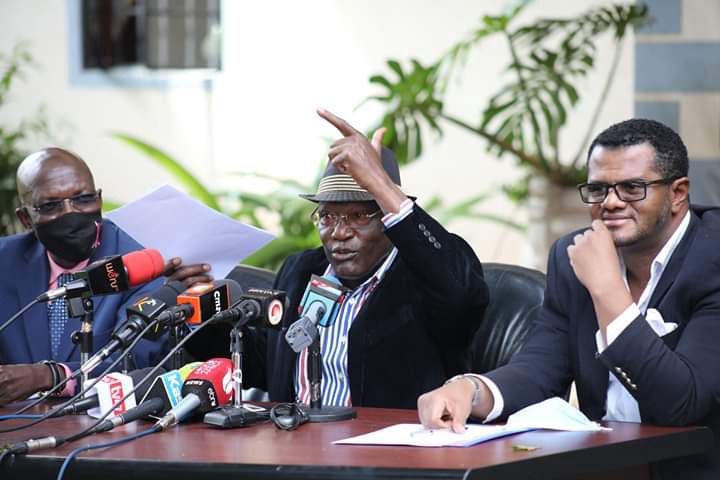 Muthama has Dissmised those claims while affirming UDA supporters that their acquisition of the party was legal and they should not worry. “ What we know is that this party was PDR, we went into it, became members, and followed the due process to change the name to UDA,” Muthama said. He however went ahead to dare the former chairman telling him to move forward with his plans as the constitution accords everyone a chance to be heard. 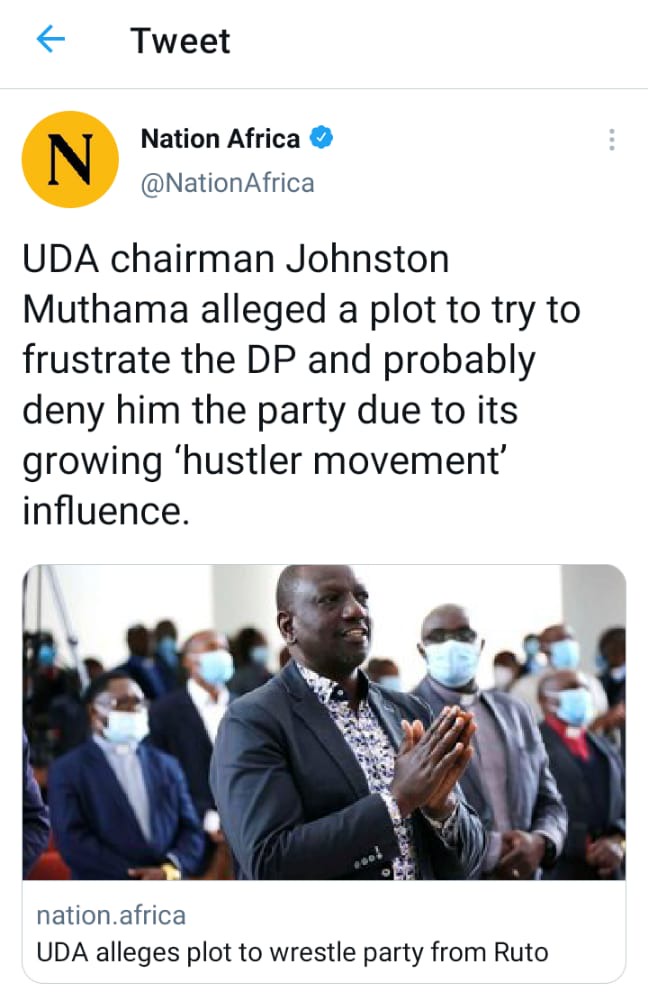 However on a political note, the UDA chairman alleged that it was a plot by their opponents to slow them down as they have been taken by surprise with the speed at which they have become popular. He went ahead to warn the deputy president and his team that they should be prepared for even more battles to come as this is just the beginning. “ detractors are the ones using them because they want to reduce our popularity and the speed with which we have taken off,” Mr. Muthama said

Content created and supplied by: Onwriter (via Opera News )