Former National Assembly Majority leader Aden Duale yesterday, Sunday criticised ODM leader Raila for his Lattest Utterances that show he doesn't care for the region. ODM chief while addressing residents of Kigumo in Murang'a County gave a comparison where a county with less population received more in allocation compared to one with more people. 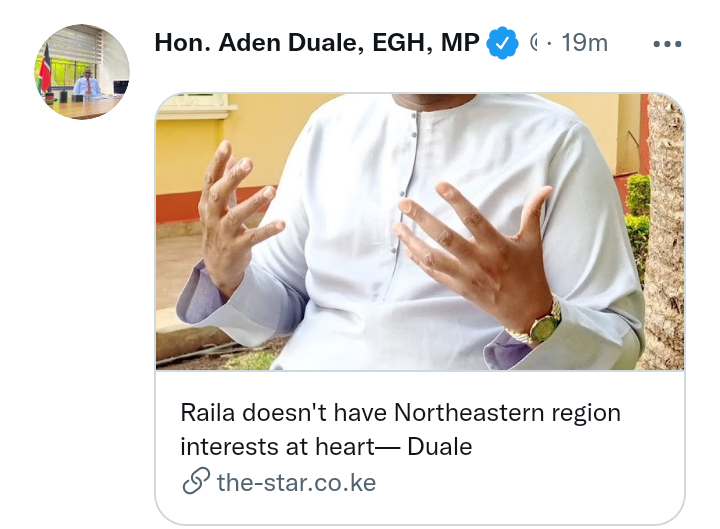 His statement raised protests from Northeastern leaders who claimed Raila has always been against the devolution of resources to Northeastern counties. This forced Raila to defend himself saying he did not compare the two counties on the basis of the one man, one shilling, one vote revenue allocation model. 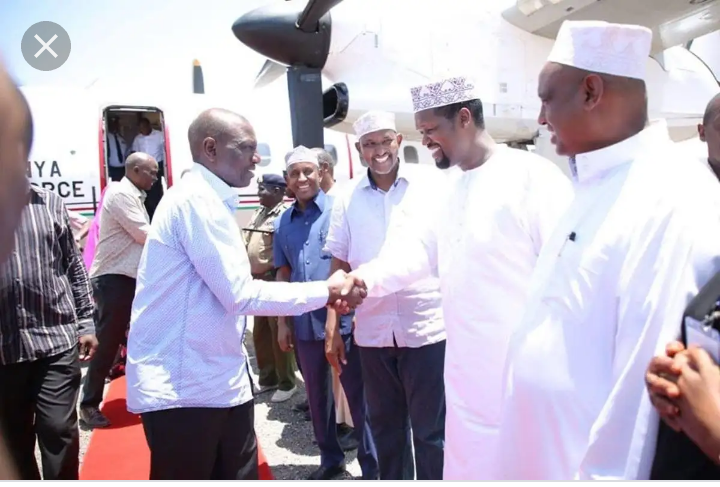 However according to Duale should stop the double speak, adding that the damage has already been done. He wondered why Raila likes comparing 800,000 people in Mandera and 2 million people in Kiambu. According to Duale this is divisive and is against the spirit of Azimio La Umoja which is set to be launched in North Eastern.

" Ruto Should Not Be Stopped ," Vocal ODM Politician States