Mp Suna East Junet Mohammed has condemned Mathira Mp Girathi Gachagua for allegedly assaulting Martha Karua in public while calling her names, requesting that she be respected because she was among those who battled for the liberties we have in the country, and they risk losing votes because of their terrible language. 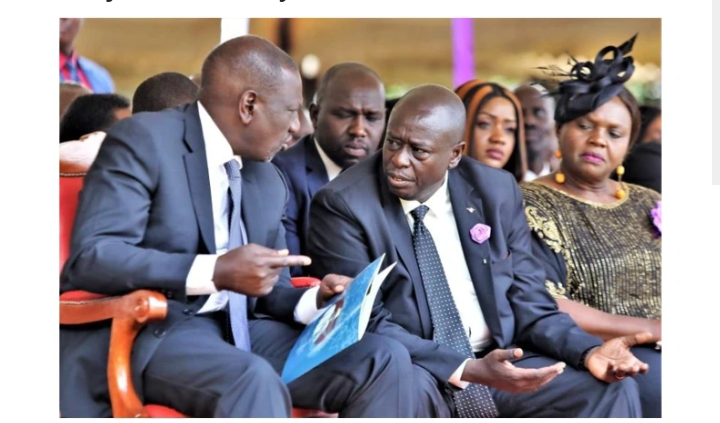 The politician stated that Gachagua reduced Karua to nothing while referring her as "That Woman," which has infuriated Kenyans, and that this will be the end of their popularity because Karua is a widely regarded person who has long battled for justice in the country. Tangatanga, on the other hand, should consider removing Gachagua from their Campaign teams since he fosters hatred among communities rather than promoting their Manifesto, according to Junet.

"We witnessed wonders just a short time ago when we heard Gachagua refer to Karua as "that strange woman," and allies cheered. This is extremely inappropriate since we commemorate Her for her role in bringing democracy and other rights to Kenya, and if the MP does not appreciate Her, they will tarnish their reputation among Kenyans. The opponents should remove Him from their campaign road because He would wreck everything." Junet states.

The MP went on to accuse Dp William Ruto of allegedly stealing land from former Vice President Murumbi, claiming that the documents in the Ministry of Lands are clear and those who knew Him previously know the truth. He went on to say that if ODM wins power, they will reverse the land and even encourage villagers to attend festivities because their former Kingpin had received justice.

"I heard Ruto remark the other day in Nakuru that He will deliver justice. That is a complete lie because He physically stole land here that belonged to Murumbi and wrote it in His name, and some former government officials know the truth, as do we. Let Him enjoy himself for the time being, but We want to promise Him that if we win in August, we would return the land to its rightful owner and even come to celebrate with the occupants of the same country." He stated this.

During an ODM engagement campaign in Kilgoris today, the Mp spoke.

You Will Regret, I Know All Your Secrets, Ruto Reminds Uhuru, Deep State

Wetangula Breaks Silence After He Was Linked To a Ballot Printer , Sends Serious Message To Azimio

Wetangula Responds to Allegations on Link to Ballot Printer

DP Ruto Warms Up For Another Media Interview, Two Journalists Get Chosen For The Task