By Gedion David (self media writer) | 2 months ago 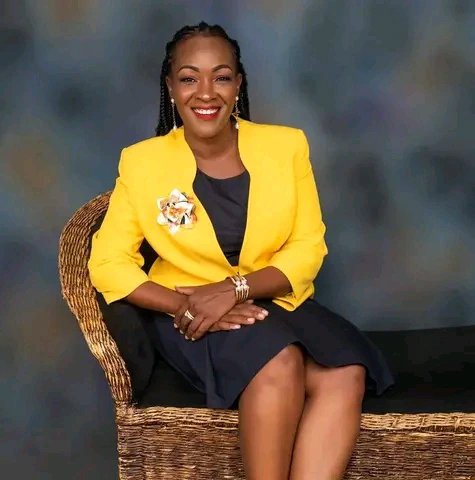 Waithira Muithirania, a renowned journalist, has expressed interest in running for the Kandara constituency seat following Alice Wahome's appointment to the cabinet. President William Ruto nominated Alice to be the CS for Water.

The former Inooro FM radio host stood for the seat of Murang'a woman representative on a Jubilee party ticket, but was defeated by UDA's Betty Njeri Maina.

Waithira announced on Inooro TV on Friday morning that she had quit the Jubilee party and joined the UDA party. She revealed that she intends to run for the Kandara seat on a UDA ticket.

At one point, Muithirania became emotional and ended up crying as she appealed to UDA constituents not to focus on her past but to welcome her with open arms.

It is difficult for me to explain how I ended up in Jubilee. My stay in Jubilee was horrible, and I do not wish to recall it. People from Murang'a cautioned me against pursuing this political road, but I detested them. The Jubilee leadership threatened me when I attempted to leave the party and join the UDA.I was among those who applauded when President Ruto raised his sword, knowing that freedom had arrived."There was no liberty in the Jubilee," evaded Waithira (Start watching the video at 1 hour and 54 minutes in.)

"I am begging the citizens of Kandara to accept me as I am. They should not focus on my troubled history. I am like the prodigal son, who wandered away yet was warmly greeted when he returned home. The citizens of Kandara should pardon me and accept me into UDA. I will work for them and not disappoint them. " As she wiped away her tears, an emotional Waithira remarked. (Watch the video beginning at 1 hour and 58 minutes in.)

The lawmaker added that she is the only woman who can fill the shoes of Alice Wahome. She stated that she was prepared for the UDA nominations and vowed to maintain party loyalty.

Kawira Mwangaza: As a Mother And a Leader I Hereby Humbly Extend Olive Branch To Meru MCAs