The Azimio la Umoja One Kenya Flag Bearer Raila Odinga, was notably absent at this year's National Prayer Breakfast where his closes competitor in the August General Elections, was present and went on to make a speech. 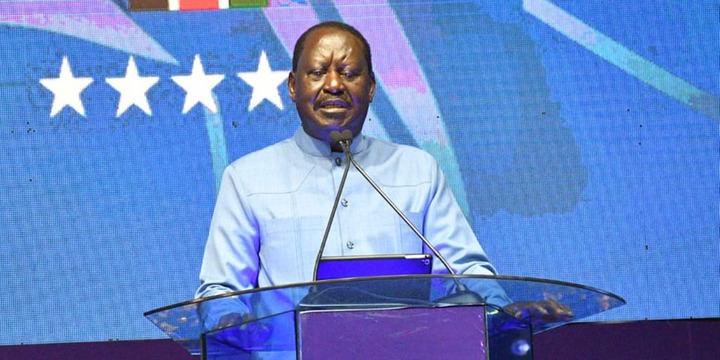 Martha Karua was representing her teammate in Azimio, Former Prime Minister Raila Odinga and he urged politicians to put into action their words of forgiveness and peace.

However, the Absense of the Azimio la Umoja One Kenya Alliance flab bearer was not immediately explained by his Running Mate at the event.

This afternoon, according to reliable reports from The Daily Nation Newspaper, the Former Prime Minister was absent from the event because he is still in Western Kenya for his tour.

The Former Prime Minister is in Western Kenya where yesterday he was in Vihiga County where he was received by a very big crowd.

This afternoon, he is scheduled to be in Busia County for another round of rallies that will see him solidify his grip of the Western block ahead of the August Polls.

How Ruto Was Welcomed In Isiolo Town Today (Video)