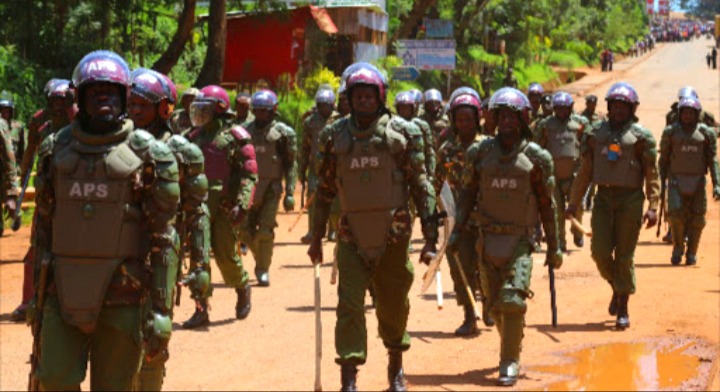 Amid reports that fifteen police officers had stormed the Kisii residence of Joash Maangi who is UDA's Senatorial aspirant for Kisii County in tomorrow's elections today on August 8th, it has emerged that the local police command wasn't involved or informed of the alleged drama.

Speaking in a press briefing from his home about an hour after the alleged incident, Maangi who is the current Deputy Governor for Kisii County revealed that he had sought for answers from the local police command, that's Keumbo police station and both the OCS and OCPD denied sending any officers to his home.

Maangi however asked top officials in charge of internal security to investigate the matter which he treated as harassment.

At the same time, he asked the government to provide him with security from the alleged police officers whom he suspected of scheming to plant something in his compound.

"This morning, I got a message from my brother who was here at home that 15 policemen have come to my home for investigations.

I asked the divisional commander that's the OCPD of Keumbo police station and she also denied that she had not sent any police officer here.

The question I asked therefor is that who is this person who sent police officers or people in police uniforms to my home without the knowledge of the local police command?

They have gone through some of my houses without a search warrant. I am worried that they could have tried to plant things there though I don't know what they have planted in my compound," he said. 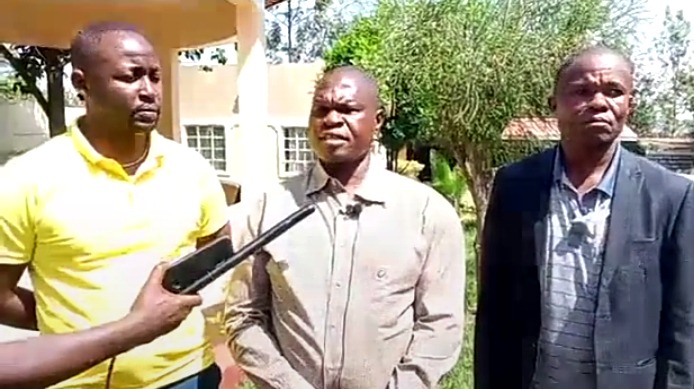 He the appealed to the government that "the law is very clear that for you to go into anybody's house to search for anything, you need to have a search warrant properly signed by a magistrate.

I have not been shown any search warrant and I consider this outright harassment to me as a person, my team and my family.

I condemn this harassment and blackmail and appeal with the Minister in charge of Internal Security to investigate and find out why 15 police officers came to my home without my knowledge and the knowledge of the local police command.

I urge the government to protect me from these rogue police officers. I call them rogue because they were wearing police uniforms.

Maangi's chief agent said in that press briefing that "we are being targeted and harassed and we condemn this act in the strongest term possible.

We had been training our agents this morning when we heard that 15 police officers had stormed the residence of our candidate.

We are asking that lets get a leveled playing field for all the candidates. We don't want any candidate to be harassed in whichever way."