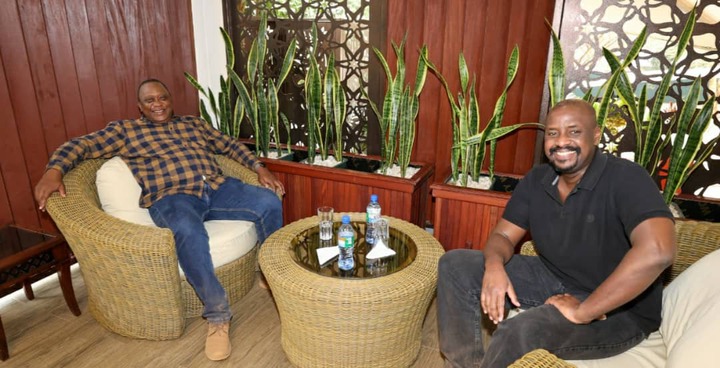 According to the Kampala post, General Muhoozi Kainerugaba was coming from a work mission in Somalia where he decided to make a stop and greet his long-time friend President Uhuru Kenyatta. 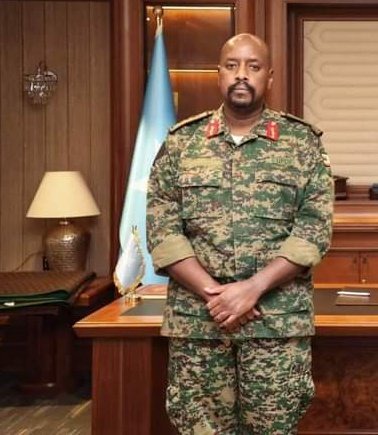 General Muhoozi Kainerugaba who is the Senior Presidential Advisor on Special Operations and commander of the Uganda Peoples Defense Forces and Land Forces was coming from Somalia after visiting military troops that have been mandated by Amisom to keep Alshabaab at bay. Uganda is one of the countries that have troops in Somalia.

General Muhoozi Kainerugaba said he considers Uhuru Kenyatta his elder and a great leader in Africa. In the last month in a tweet, he also expressed his admiration to Uhuru Kenyatta describing him as a great man. 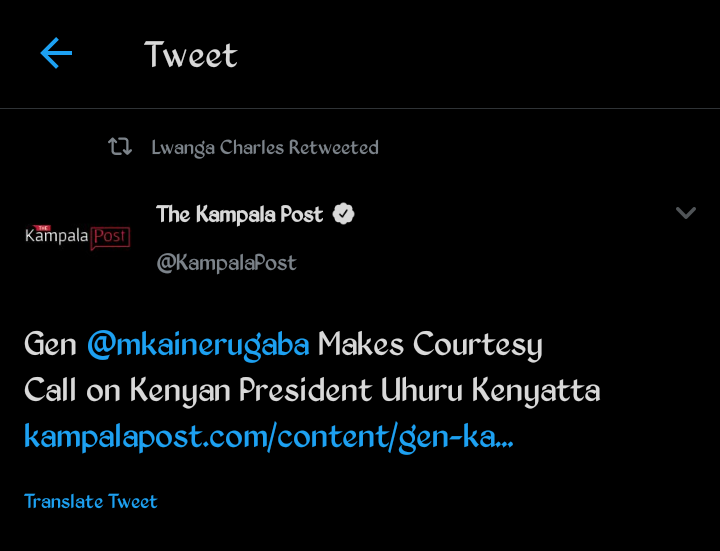 General Muhoozi Kainerugaba has been linked to being in contention to succeed his aging father who is serving his sixth term as the President of Uganda. Museveni gave him powerful jobs which many political pundits believe is one way of preparing him to take over once his father hangs his boots up.

President Uhuru Kenyatta is a good friend to the Ugandan president hence the two have been working together since their ascendance to office. The two countries have been enjoying good bilateral relations for years while trading goods and services together.

" Her Fingers And Toes Were Missing, Her Lungs Had Collapsed " Detailed Murder Report Exposed

Meru Widow,60, Received Beating From Children, She Wanted To Sell Land And Spend Cash With Boyfriend

So Cute, Mulamwah Reveals the Face of Their Baby for the First Time

Comedian Mulamwah And Sonnie Unveil The Pretty Face Of Their Daughter