By JonazKE (self meida writer) | 1 months 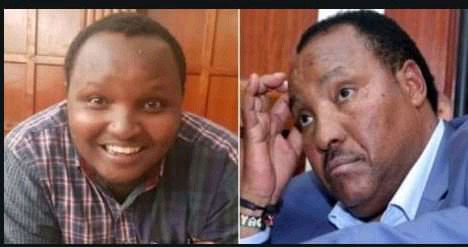 Former Kiambu Governor Ferdinand Waititu Reveals Why He Refused To Bail Out His Son For Drunk Driving.

About three weeks ago, the son of the former Kiambu Governor Ferdinand Waititu, Brian Ndungu' was arrested and charged for drunk driving and he was fined 30,000 Ksh by the court but he has to spend 2 days in police custody as he has no Money, not untill his friends raiser the amount and bailed him out.

As was revealed by K24 TV's People Daily, Waititu ignored over 30 calls made by his son and he even instructed his family members not to bail out their defiant boy as he described him.

He added that he refused to bail him out as he hates drunk driving and that he wanted his son jailed for that.

He also made a revelation that the son took their workers Toyota Probox and he left his Toyota Mark X as it had broken down. 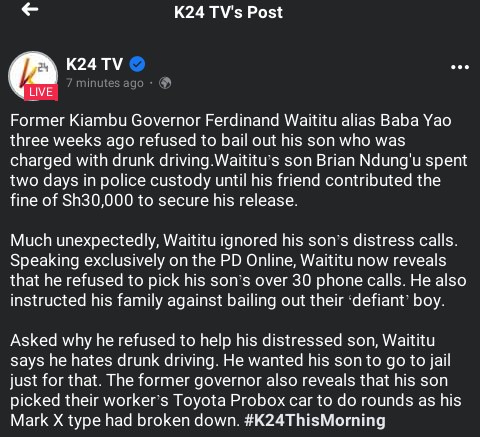 Before Execution, The Eyes Of The Criminals Have To Be Covered; See The Reason

Man Crying For Help After Maid Disappeared With His Valuable Properties Worth Sh20000 And 70000.

Cleanse Your Liver with Lemon

The Three Grounds On Which Wajir Governor Was Impeached