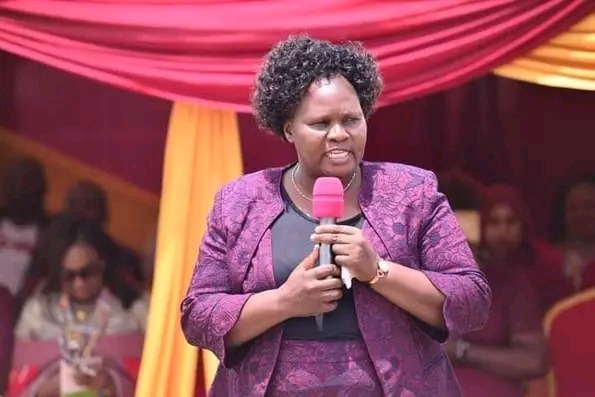 They say, choices have consequences. No one knows the relevance of this saying better than former Trans Nzoia County Women Representative Janet Nangabo.

Nangabo was until January 2022 a key member of the President William Ruto's United Democratic Alliance party. But for her own reasons, she decided to severe ties with the then Deputy President in the last minute before switching her allegiance to Azimio la Umoja presidential candidate Raila Odinga's camp. The move would later prove to be politically suicidal.

By joining the Democratic Action Party of Kenya, which is associated with outgoing Defence Cabinet Secretary Eugene Wamalwa, Nangabo blew up an opportunity to win a second term in Parliament.

With the outspoken MP gone to the Raila axis, Dr Ruto found himself with an easy decision to make: he handed over the UDA ticket for Trans Nzoia Women Representative position to little-known Siyoi.

With Nangabo defending her seat on DAP-K party ticket, she found the going tough as she was swept aside by UDA's wave as Siyoi easily clinched the seat.

To further muddy the political waters for her was Raila's shock defeat at the hands of Dr Ruto in the State House race. At least, there was hope that she would be considered for a job in Azimio la Umoja Government. But this is now over!

Going forward, Nangabo must be regretting her decisions. As she ponders on her next move, she must play her cards well if she is to make a political comeback in 2027.

Old Man Decided to Stay in a Cave After his Land was Taken by Government, his Wife Decided to Run

Comparisson Between The Biggest Airport In Kenya And Uganda (PHOTOS)

U.S. Join The Chinese Protestants in U. S. Against China's COVID-19 Restriction Policies