Just In; Wafula Chebukati Makes Another Bold Move A Day After Declaring Ruto As The 5th President

Yesterday in the evening, the chairman of the Independent Electoral And Boundaries Commision, IEBC hon Wafula Chebukati announced Dr William Samoe Ruto as the president-elect of the republic of Kenya. This came in after the outgoing deputy president floored his opponents in the presidential race. Chebukati also declared hon Rigathi Gachagua as the deputy president-elect. His announcement became the final one and handed on the role to Judiciary. 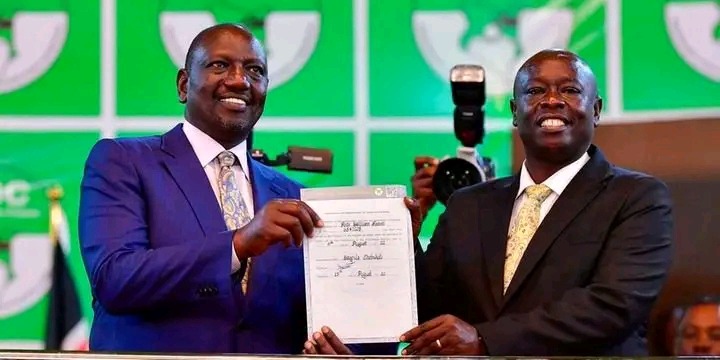 Now, today again, hon Chebukati has come out to make another bold move a day after his declaration. This bold move is the gazzetment of Dr William Samoe Ruto and his deputy, hon Rigathi Gachagua as the president and deputy president-elect. As seen from some reports, Chebukati has published the names of the two leaders in the Kenya gazzete. 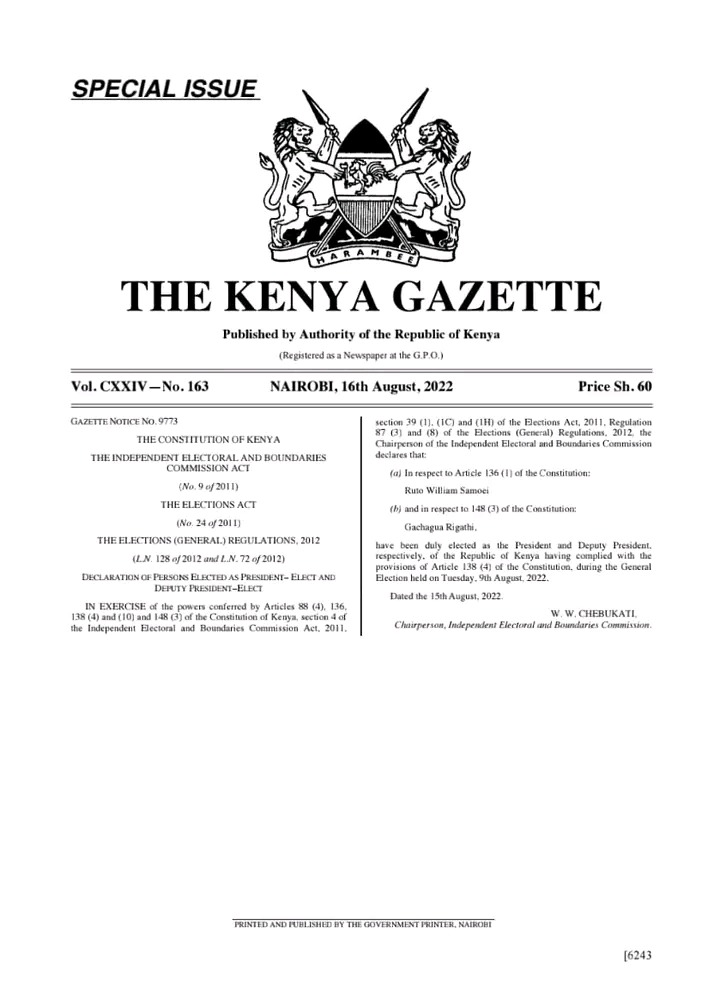 This move by Chebukati legally makes Dr William Samoe Ruto as the president-elect unless his win will be nullified by the court. As we talk, the Azimio presidential candidate, hon Raila Odinga has rejected the results for lack of transparency.