Renowned Orange Democratic Movement party member, honorable Ledama Olekina has called upon the National Transport and Safety Authority to release the 2 touts who were filmed doing stunts on a moving vehicle. 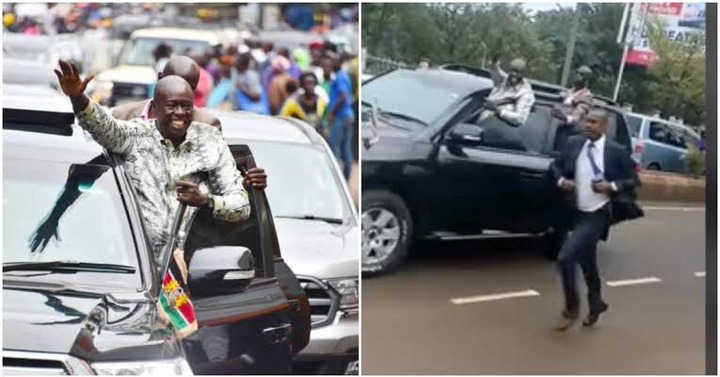 In a news report that has been shared by a reliable source of information, it has been revealed that two suspects were arrested by police officers after they were caught hanging on a speeding Matatu.

Taking to his different social media accounts to express his opinion on the matter, the renowned politician, Ledama Olekina has claimed that they learnt it from the Deputy President of Kenya, honorable Rigathi Gachagua.

According to the reports given by Olekina, he Called upon the NTSA to either release or arrest all the suspects.

While reacting to his remarks, kenyans who took to their different social media accounts to express their opinions on the matter have called upon the renowned politician to let the government do its job due to the fact that he is not a Police Officer or in the government.

According to the reports given by most Kenyans, they claimed that it is so unfortunate that most politicians often engage in unnecessary political attacks in their different social media platforms instead of trying to find a solution to problems in the country. 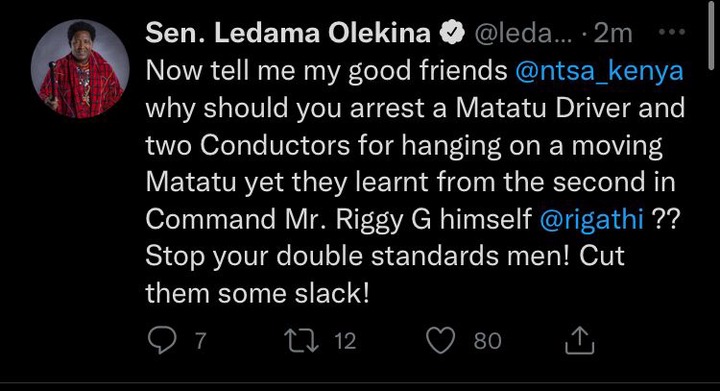