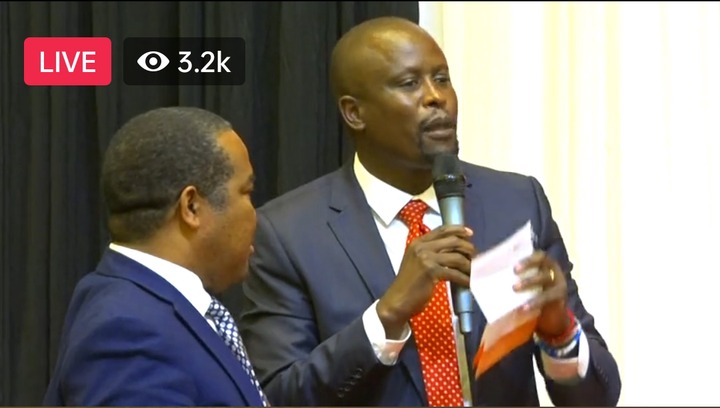 This is after he claimed that Kieni constituency member of Parliament Honourable Kanini Kega does not follow protocol when given a chance to speak. 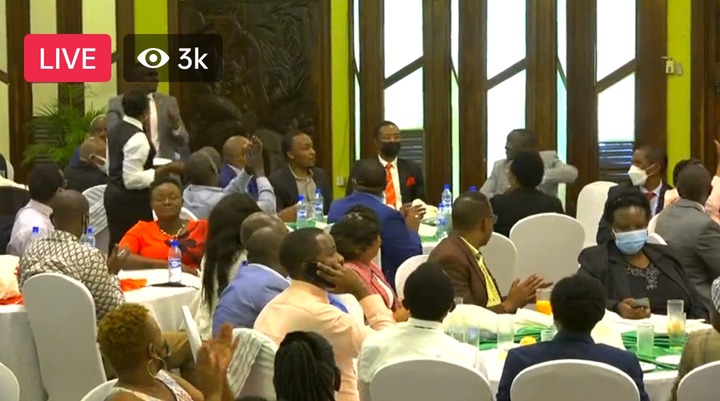 When he began to talk, Maoka Maore noted that Mt Kenya region would stand by the former Prime Minister Raila Amollo Odinga when it comes to his vision for the country.

Raila Odinga was by the time holding a key meeting with the Mount Kenya Foundation organisers from the central Kenya region at Safari Park hotel along the Thika Superhighway.

The foundation brings together a group of wealthy Central Kenya businessmen, who have in the past influenced elections in successive regimes. According to the meeting follows a decision by the populous region to back the former premier.

This is the second meeting within two months after leaders from Mount Kenya East led by Meru governor Kiraitu Murungi hosted a similar event at the same hotel where they declared to support former Prime Minister Raila Odinga.

Today's event was revived following its cancellation last week after what was speculated as difference between officials on the invite of Raila Odinga while it was supposed to be a regional meeting.