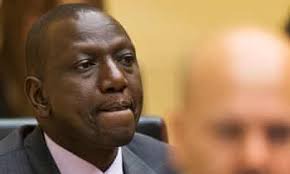 Deputy President William Ruto is determined to become the fifth president of Kenya.

However, Ruto and his allies despite having confidence are exhibiting, Ruto may find it had for the top seat. Here are the 8 Reasons;

In the 48 laws of power, the first law reads, Never outshine your Master.

In 2013, after Jubilee cane to power, Ruto operate as co-president building his strategy in terms of finance, network as he awqit his turn to be the King.

The odds are now stacked against him since he overreached himself and again rendering President Kenyatta as a lame duck president.

Out of the nine Vice Presidents Kenya has had since independence, only Moi has rose to presidency only after the death of first President Jomo Kenyatta. Kalonzo Musyoka failed to secure Presidency after the last term of Kibaki.

There are very high chances Ruto will not succeed come 2022, for he has the curse of Kenya’s vice presidency to contend with.

Before the 2017 repeat election, Ruto had set his eyes on 2022. This is why the president reached out to the Orange Democratic Movement to enable him realize his legacy and his projects, mainly the Big four agenda.

Ruto does not take seriously the fact that premature campaign will in the end work against his ambitions.

It is not a secret that Ruto is an ambitious man. It is a good thing to be ambitious, but not to an extent it becomes almost a matter of life and death. However, when one exhibits raw ambitions for anything, it leads to mistrust from crucial constituencies as many begin to wonder what the real intentions are.

For smooth transition, President Kenyatta has reached on to more players including his handshake brother, Raila Odinga, KANU leader Gideon Moi and other former NASA principals.

Ruto is focused on Mount Kenya on assumption that he was automatically to inherit the vote rich region when Kenyatta exits.

It is a fact that Kikuyu will embrace whoever the president will tap as his preferred candidate.

Ruto's political journey is littered with corruption scandals some of which are too obvious to be ignored.

It will be unlikely that a man nicknamed 'the high priest of corruption' who has never shied away from fighting investigation agencies trying to fight corruption in the government.

The tokenism culture he has nurtured by giving regular handouts to various groups, as opposed to championing empowerment policy, is not sustainable and creates more poverty in the long run.

Is He A Political Genius? Why DP Ruto Received More Applause Than Raila Odinga In Kirinyaga