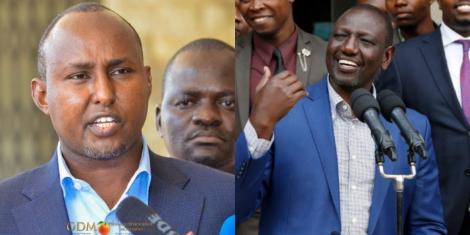 On Sunday, reports emerged that Deputy President William Ruto nearly slapped his boss Uhuru Kenyatta after the Supreme Court canceled their victory in 2017.

This was after audio of Ruto addressing a section of Kikuyu elders who had visited him in Karen on Friday leaked out. In the audio, Ruto is heard explaining how he nearly slapped Uhuru after suggestively proposing that they give up on their bid after the cancellation.

Ruto is heard saying he should have slapped Uhuru only that he respected him. It is audio that has elicited sharp reactions online, with a number of politicians allied to the Azimio la Umoja camp coming out to capitalize on the audio.

While addressing their rallies across Siaya and Homabay counties over the weekend, Azimio allies warned Kenyans against electing William Ruto, claiming he is a hunger-driven politician who doesn't mean good for Kenyans.

Suna East MP Junet Mohamed went ahead to play the audio during Azimio's rally in Homabay on Sunday. However, the audio now seems to be working against Raila's team as expected. 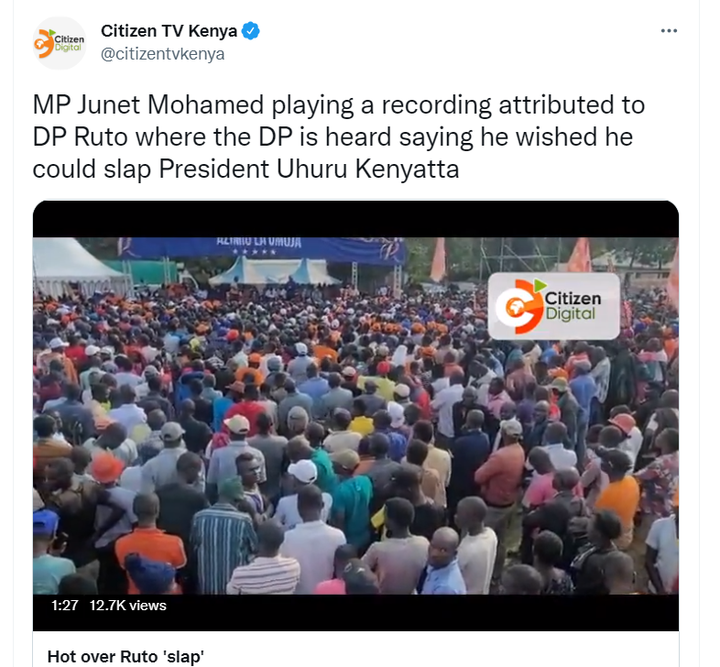 While a number of Kenyans took to their social media pages to react to the audio, a good number suggestively lauded Ruto for his fierce support for President Uhuru Kenyatta even when he was nearly giving up on the presidency. Others went ahead to claim Azimio had scored their own goal by actually proving and confirming that it is Ruto who made Uhuru the president.

Many applauded Ruto saying such friends who push you to the limits to achieve a goal are rare to find, with some urging Uhuru to reconsider his stand and embrace Ruto, whom they described as a loyal and true friend to the head of state. 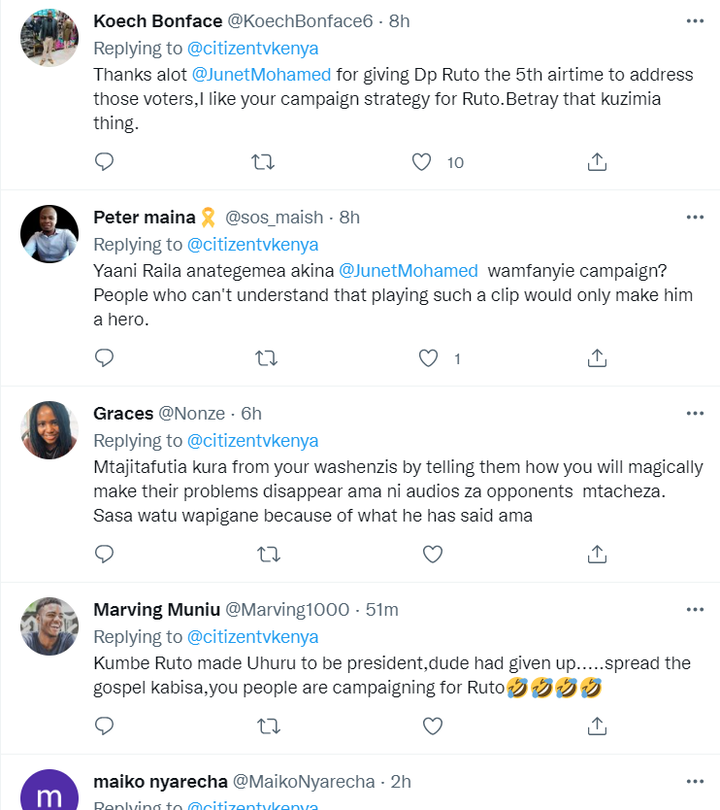 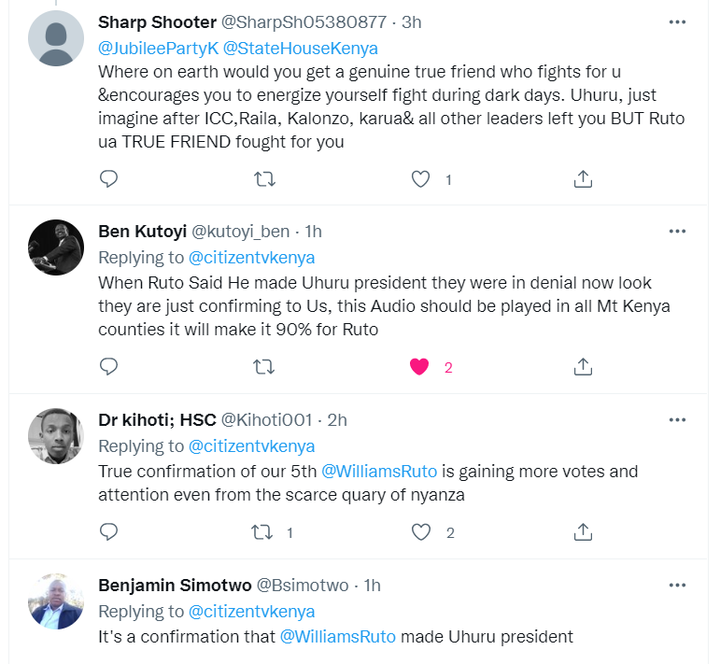 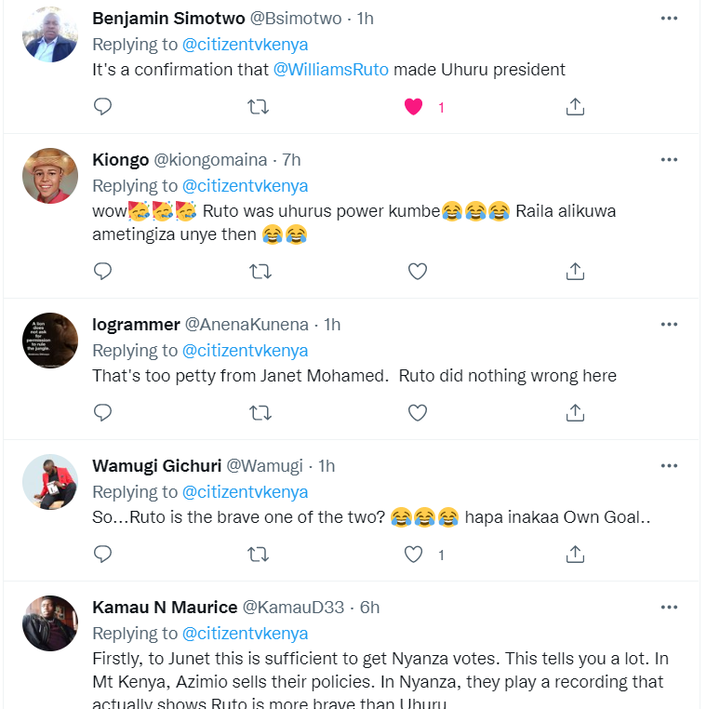 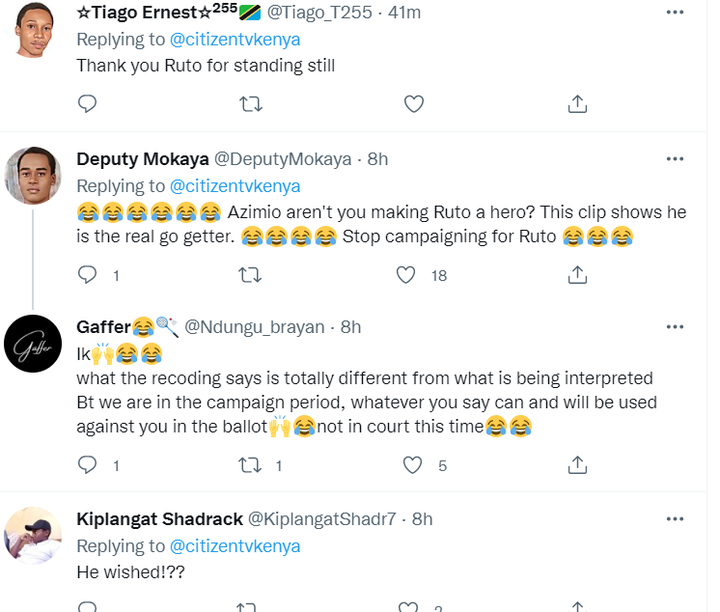 Azimio to Hold a Major Event At KICC Today