By Tokyoo (self media writer) | 1 month ago 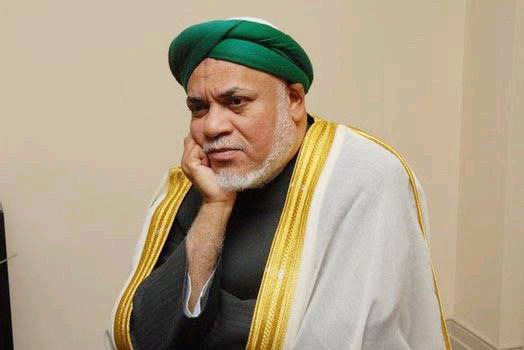 Ahmed Abdalla Sambi, former president of the Republic of Comoros has been thrown into prison for the remainder of his life after he was found guilty of huge crimes he committed while he was still in office.

The National Security Court, the country's highest judicial institution whose decision cannot be changed or rather appealed threw the 64 - Year - Old former president in prison.

He was convicted of selling passports to stateless people living in the gulf and had also been accused of swindling millions of dollars from state coffers. 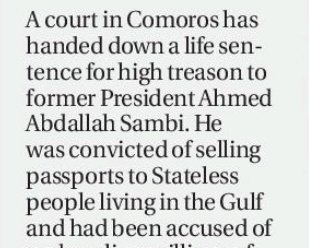 Citing an unfair hearing, the former president fumed up and refused to attend the hearing of his case as the national security court. Sambi had already spent four years behind bars before he faced trial and subsequent conviction and imprisonment.

Through his lawyers, Sambi had argued that there was no evidence that public money was stollen after he passed a law authorizing the sale of Comoros passports to stateless people in the gulf at a fee.

Content created and supplied by: Tokyoo (via Opera News )