By Mtotowacate (self media writer) | 3 months ago 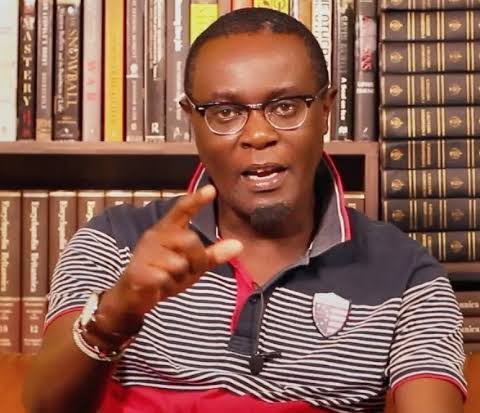 Mutahi Ngunyi who is among famous people on social media in Kenya today tweeted on his twitter page that Dear Kikuyus: What is the GEMA equivalent of Musalia Mudavadi in UDA? None. And what is wrong with your women, the politicians? Why has RUTO attracted a particular type of GEMA women? Just asking. The First Betrayal. 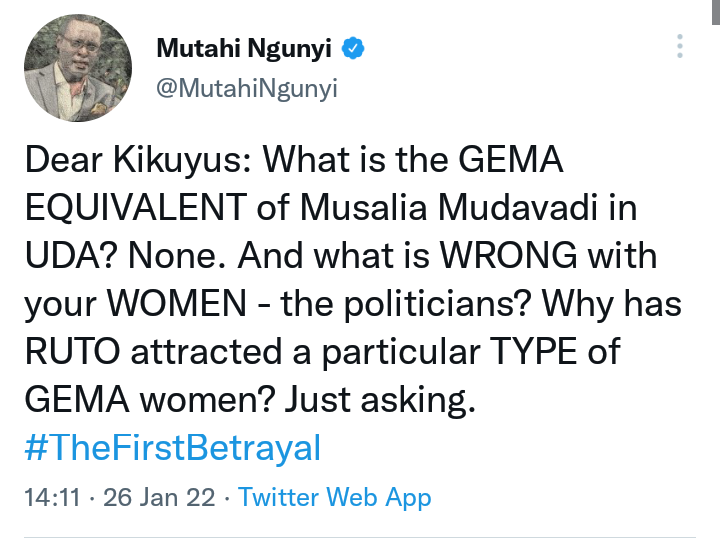 Zion tweeted, "As much as UDA don't like to be told this truth, the last question is very valid. As much as it might be a good political decision for them, people like wakili nyokabi and even martha karua would look totally out of place if they joined UDA." 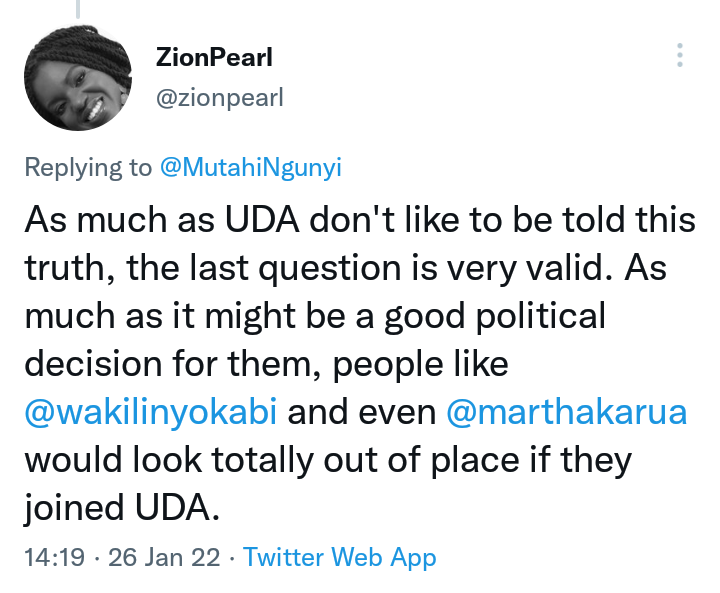 Chemoget tweeted, "Don't belittle KIKUYU WOMEN. MUMBI was a woman, your clan is named after a woman. Martha Karua is a 100 times useful to society to you! Your golden days are behind you infact you are no longer at a plateau but now spiralling down in every sense. Respect women!" 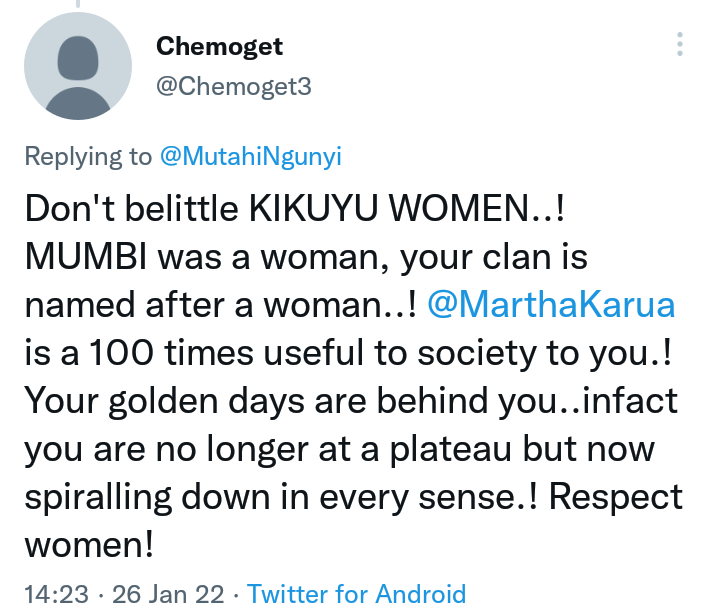 Muthengi tweeted, "If Kibaki was such a great president between 2002 and 2007, why did Kenyans overwhelmingly reject him and his politicians in 2007? Simple, the old thief started working after raila joined him." 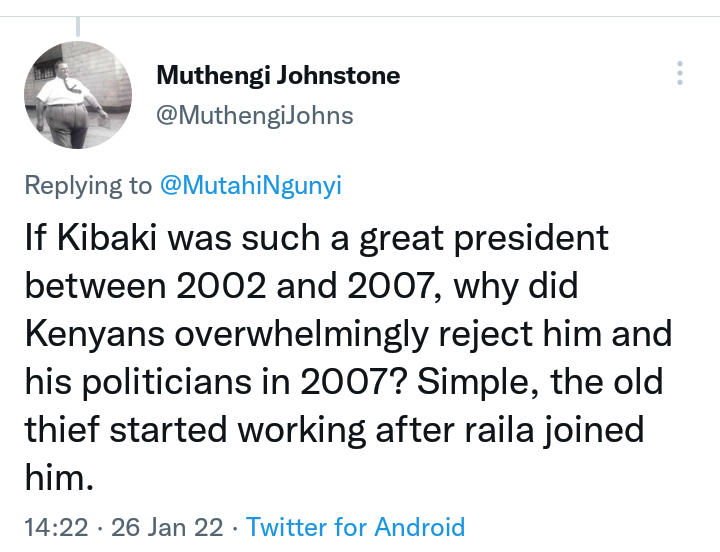 Raila Unveils Karua As Running Mate Day After Ruto Declared Gachagua, Who Do You Think Win The Elections?

Why Raila Appointing Martha Karua As His Running Mate Could Finally Deliver The Presidency To Him.

Kalonzo Claims He Warned Raila not to Pick Martha Karua