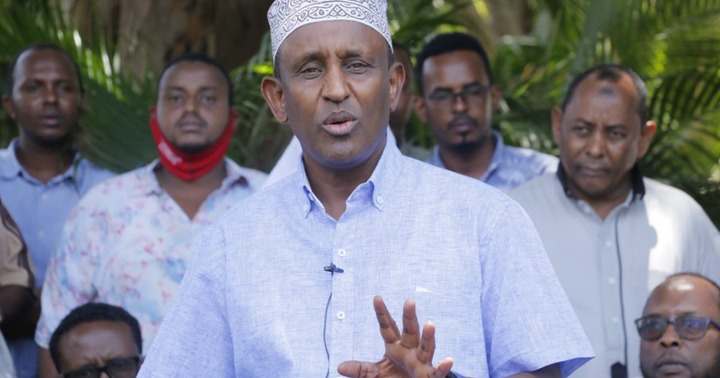 Three North Eastern Governors have announced that their residents have urged them to rally behind the former Prime Minister Rails Odinga in his 2022 presidential bid.

The governors are Ali Korane from Garissa, Ahmed Mukhtar from Wajir and their counterpart from Isiolo County Mohamed Kuti.

The trio stated that after attending a delegates meeting in Garissa that brought together grassroot leaders and residents across their counties and also from Mandera, they are confident that Raila will liberate them from poverty, marginalization, insecurity, poor infrastructure, poor education access and famine among others.

"I am leading in this agenda and we will make sure the next president is the former Prime Minister," said Korane.

They lauded his push for devolution and the handshake with President Kenyatta stating that a lot has changed since 2018.

Sources who spoke with the Standard revealed that Raila has been separately meeting Mohamud Ali and Ali Roba owing to their great influence across the region.

The leaders however said that they are following on President Uhuru Kenyatta's directive, and the political route he directs them is what they will follow.