A photo of DP Ruto’s Chief of Staff Ken Osinde.

When the Cabinet Secretary in charge of the Ministry of Interior CS Fred Matiang'i appeared before Parliamentary departmental committee on administration, details emerged about deputy president William Ruto's Chief of Staff.

According to the Cabinet Secretary, Ken Osinde who is current Chief of Staff of the deputy president William Ruto had leaked a crucial letter even before the Inspector General of Police got the letter.

"It's unheard-of that a chief of staff of a senior office writing to @IG_NPS and before the letter is received he’s already posted it on social media.This is juvenile activism.If unchecked this vulgarising of important offices will erode the dignity of our country's🇰🇪 institutions"CS Fred Matiang'i noted. https://t.co/lgoFk7DExE 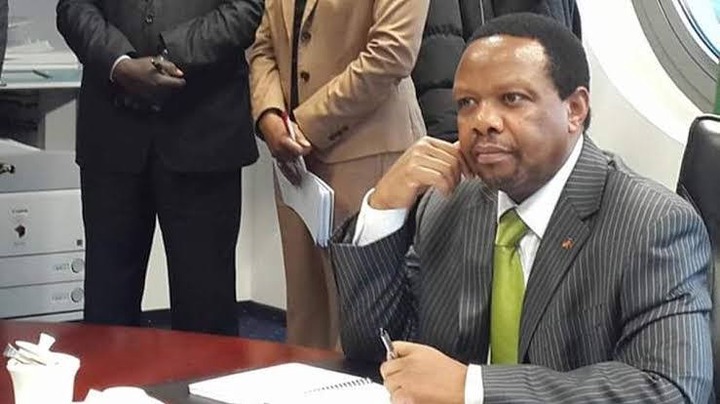 This has made the Members of Parliament vow to summon the Chief of Staff to explain the circumstances under which the letter that was sent to the Inspector General of the National Police was leaked to the media.

Homabay township Constituency Member of Parliament Honourable Peter Kaluma has vowed to ensure that Ken Osinde is summoned to appear before the committee to shed more light.

However, who is Ken Osinde?

Osinde is one of the top ambassadors who served in the Federal Republic of Germany before his appointment to the Office of the Deputy President William Ruto as a Chief of Staff.

He is an employee of the government and has in the previous times been simultaneously to Germany been accredited to the republics of Bulgaria as well as Romania which are both in Europe.

He was a Lecturer at the University of Nairobi in Linguistics and African Languages where he pioneered research and published on Sheng and youth languages.

He has also served as the Chief Executive Officer incharge of the College of Finance as well as held a top position in the National Bank of Kenya.

5 Ways To Deal With Toxic And Difficult People

Mitchell Hints On Why She Was Only Attracted To Makena; As She Rejects Female Admirer