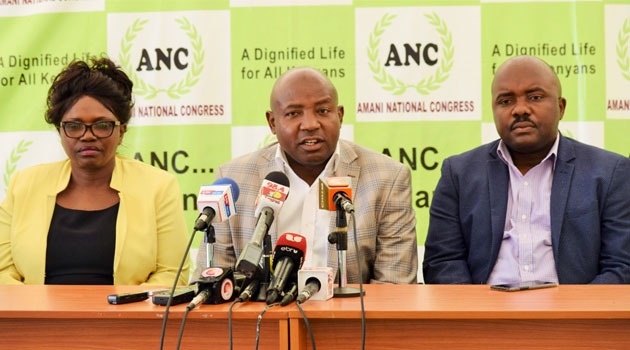 Butere MP Tindi Mwale has joined Kakamega Senator Cleophas Malala in giving OKA principals an ultimatum of until December 25 to unveil their flag bearer if not they will chant their own political routes.

Speaking with the Star on Friday, Mwale who is a close ally of ANC party leader Musalia Mudavadi argued that they will not give in to dillydallying from the four OKA leaders, and that in New Year, they must have a presidential candiadte and the running mate.

According to Mwale, the supporters of OKA are becoming restless since the principals have announced their presidential bid, yet they ave not said who will be on the ballot.

"You cannot be going around lying to the people that we are in the 2022 race to State House and they do not know who will be on the ballot."

Mwale however maintained that their party leader Musalia Mudavadi stands as the best person to lead the country, and are rooting for his presidential bid.

Reacting to allegations that a number of ANC allies were working with Deputy President William Ruto behind the scenes to have ANC and UDA work together in 2022, Mwale said that he had not heard of such, and the remarks were being propagated by their opponents. 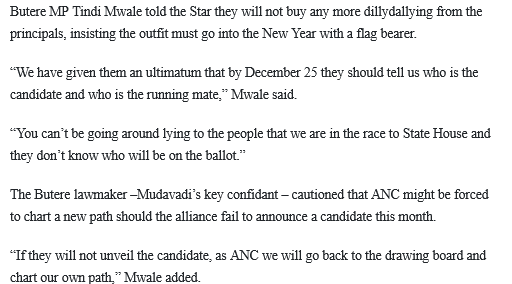