By Kimaniosoro21 (self meida writer) | 1 months

The Orange Democratic Movement, ODM, party is crying foul in The Bonchari by-elections after two of its politicians were arrested. The arrests are reported to have happened a few moments ago and they demand the release of the two. Riana Member of County Assembly, Vincent Moisabi has been arrested by the police in Bonchari. John Ketora who is the Youth League President of ODM has also been taken into custody. 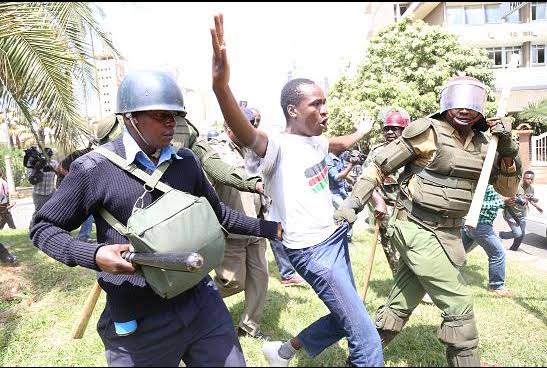 Yesterday, Orange Democratic Movement party also cried foul when their treasurer Timothy Bosire was intimidated by police. Bosire was at a popular hotel in Kisii Town known as Ufanisi before cops raised the place.

The heavy presence of police at the area has been criticised by many opponents saying that they are there to ensure Zebedia Opore wins. The race is between Zebedia Opore of Jubilee, Widow of Oroo of UDA and, Pavel Emeke of ODM.

Many await to see how this by-elections will end as it will prove who has the say in Kisii politics. Every party wants a piece of this seat and it remains to be seen which way it will go. Voter turnout has been described as dismal.

5 Most Beautiful Real Life Princesses You Probably Don't Know About

Good News To Mpesa Users As Safaricom Announces This