Journalists are always in a position to receive worthwhile appointments in the governments of their time if they are competent in their work and never prejudicial in how they air their views on air.

This is why one of the most celebrated KTN News Editors has been feted by not only President Uhuru Kenyatta but his predecessor, Mwai Kibaki serving in both administrations and top roles as well.

According to reliable reports that we have with us this evening, former KTN News Editor, Isaiya Kabira used to work in the news room before he got his big break with the Kibaki administration in 2003.

Isaiya Kabira is said to have served in the Presidential Press Service (PPS) of The Narc Coalition Government, acting as Late President Mwai Kibaki's spokesperson from the year 2003 to 2013 when President Uhuru Kenyatta took over.

He is the last known Presidential Press Secretary before President Uhuru Kenyatta did away with the position and introduced the Presidential Strategic Communication Unit, PSCU.

He is then said to have been appointed by President Uhuru Kenyatta as the High Commissioner to Australia as well as New Zealand where he served from 2014 to 2020.

After the brief stint as a High Commissioner, President Uhuru Kenyatta appointed him as the Director General of International conferences as well as Media Events, and Public Communications which is based at the Ministry of Foreign Affairs in Nairobi County.

The late President Mwai Kibaki recognized the efforts put in by Isaiya Kabira and awarded him with the prestigious Moran of the Burning Spear (MBS) which is one of the biggest honors any Kenyan can be conffered with. 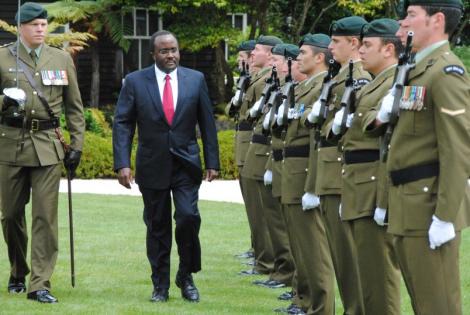 JUST IN: All Kenyan Airports Authority Staff to go on Strike Today