Former Kenyan prime minister Raila Amolo Odinga is the president-elect of the Azimio La Umoja One Kenya Coalition Political Party and the head of the Orange Democratic Movement.

As Kenya continues to move closer to the much anticipated elections on August 9th, one of the political groups that is seen as powerful in Kenya is the Azimio organization.

Raila is very confident that he will win, and his ODM party and the Azimio group are equally confident that they will win as many seats in the national legislature as they can.

Two recent opinion polls have shown a very intriguing scenario for Raila, his ODM party, and the entire Azimio gang, which has emerged as a delectable piece of news for them.

Mizani Africa predicts that Ledama Ole Kina of the ODM will prevail over Samuel Tunai of the UDA party in the Narok County Senetorial election. ODM is anticipated to receive 40.6% of the total number of votes cast, with Tunai coming in second with 39.7%. 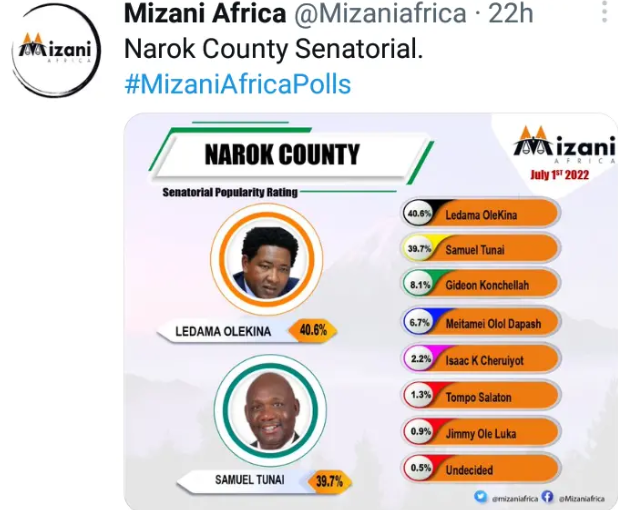 James Orengo of the ODM might defeat Nicholas Odero Gumbo, a former Rarieda MP, by garnering 53 percent of the vote to his opponent's 42 percent. UDM, a member of the Azimio La Umoja One Kenya Coalition Political Party, is competing against Gumbo. 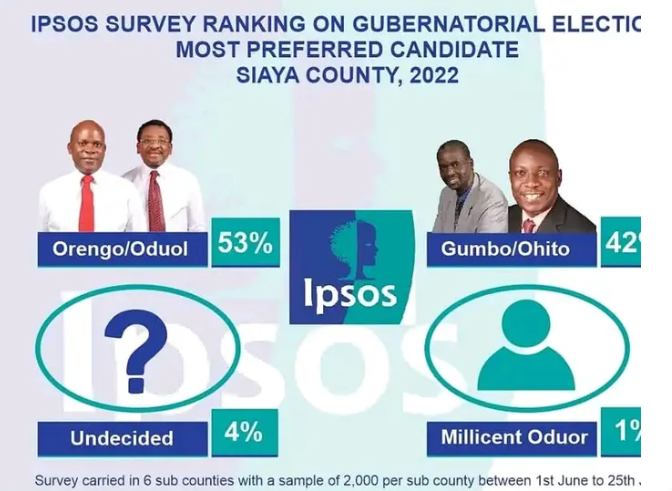