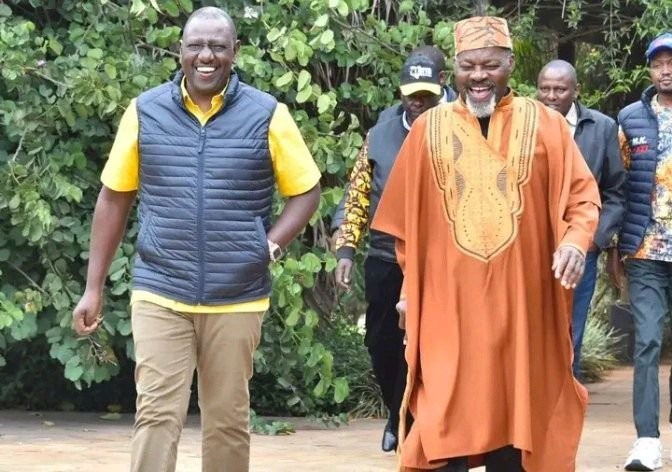 Kung'u Muigai also addressed reports that Uhuru Kenyatta had given up on defending his second term and was on the verge of doing so in 2017. After the Supreme Court overturned their victory, DP Ruto stated that Uhuru told him he wished to return to his home village in Kiambu and retire early. However, DP Ruto reportedly pressured Uhuru, and the president decided to re-run the poll.

"That came up, and he was very clear that Uhuru was so dissatisfied and disillusioned that he considered not running in the rerun election." That is something I can personally attest to. That is correct. Ruto is the one who informed him, 'No, you can't do that.' You can't just walk away.

Azimio Supporters Failing? Truth Explained On Raila's Huge Task Ahead Of His Move To Court Failing

" Babu Must Go, Babu Must Go " Chants As UDA Calls For Witness Security Over Murder Of IEBC Official

Afrer Ruto's Win, Oburu Clarifies What He Meant By Saying They Had System On Their Side (Video)